Insane Aftermath Shows Why You Need A Rollcage In Your Racecar 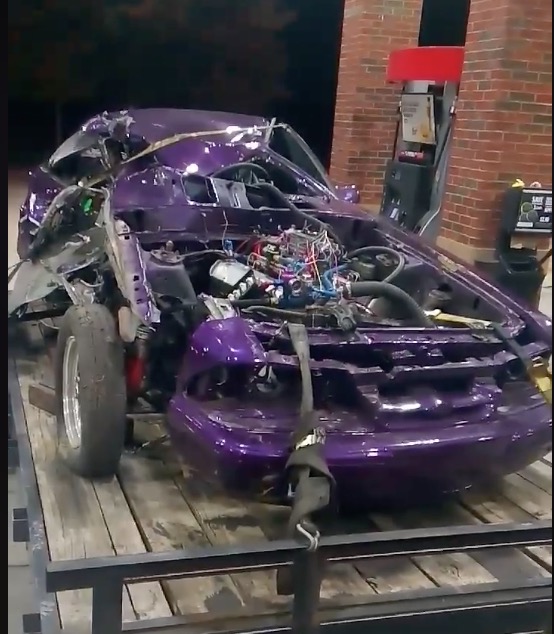 As if we needed another reminder about safety from this weekend, a weekend that saw an NHRA Funny Car Champion carted away to the hospital and a WannaGoFast competitor lose his life after a top end crash, this video surfaces showing exactly what happens when you don’t upgrade safety equipment as your car gets faster.

There isn’t much information available about this car, but honestly we don’t need much. All you need to know is visible right there in the video, a short phone video captured by a bystander as he observed the wreckage of what was once a Fox Body Mustang. The car has been reduced literally to scrap metal, with nothing other than the engine itself being recognizable or salvageable.

You can clearly see inside the driver’s compartment that the only area of the car with room for a human body is the area where the driver was sitting. The rest of the cockpit is caved in a such a way that, had anybody else been in the car – which does happen more often than you’d think – they’d have almost certainly been killed or seriously injured.

In all honesty, the fact that the driver wasn’t injured is just sheer luck, and will hopefully serve as a wake-up call for him, and anybody else out there building a car, that a roll cage should be absolutely mandatory for anybody with intentions of going faster than their car went in factory condition. If you’re spending money making your car run better, you should be spending money on the appropriate safety upgrades as well. This would include a roll cage, driveshaft loop, a fire suppression system, and of course, the driver’s safety apparel. A good quality helmet and fire suit with boots and gloves may not be cheap, but if you find yourself in a car that’s flipping down the track or slamming into the guardrail, you’re going to want those things in place.