INSANE Camaro Wheelie And Crash At Lights Out 6 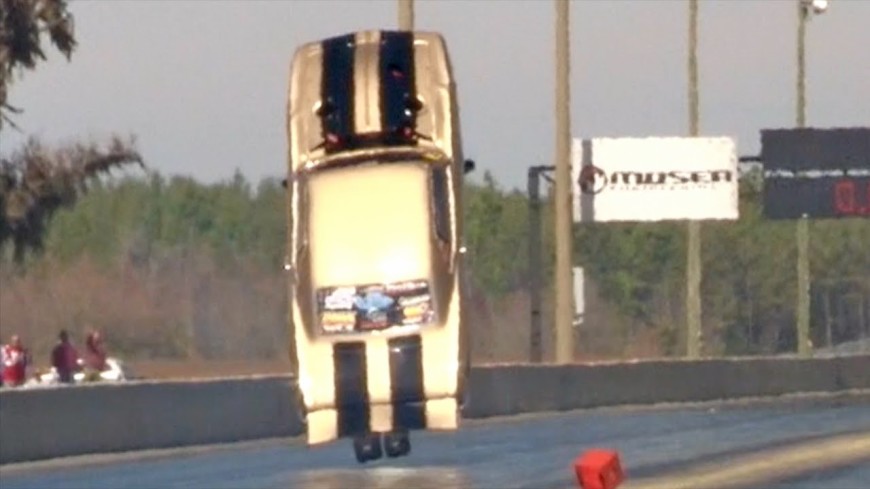 INSANE Camaro Wheelie And Crash At Lights Out 6

There’s nothing like the power of adrenaline coursing through your veins when the g-forces of a drag car throw you back in your seat with an insane wheelie. To call this wheelie insane though, would be a vast understatement.

When Dewayne Mills lined up in his Chevrolet Camaro at Lights Out 6, he probably never considered that his run would go down like this!

When Dwyane took off everything looked to be going according to plan. It was about half way down the track when his front wheels came up that things got a little sketchy.

Check out the video below as the wheelie lands Dewayne right on his parachute and throws him into the air when he’s doing every bit of what we assume to be over 100mph. The crash was insane, but luckily Dewayne walked away fine!

Between that Camaro and this Mustang, we might have the best crash ever! Which one is more gnarly?