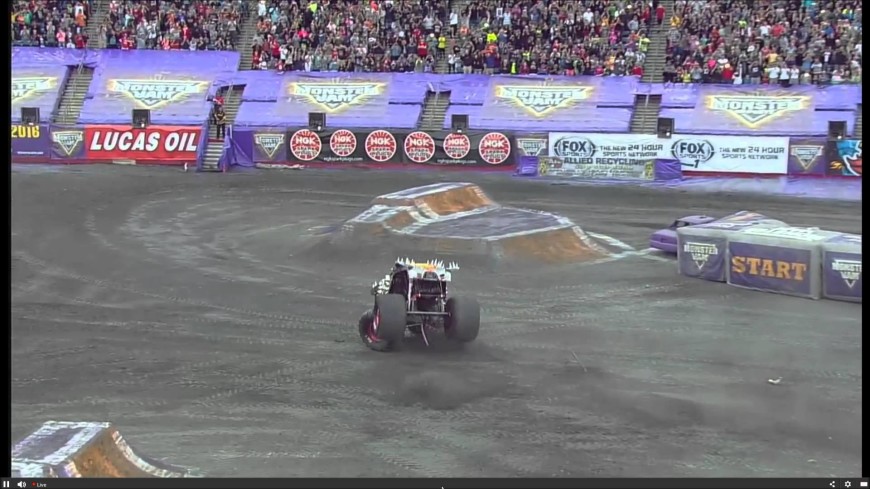 What you’re about to witness isn’t exactly a part of the norm and is far from something that you should consider trying out for yourself at home.

With thousands of dollars and buckets of blood, sweat, and tears invested in making a dream turn to reality, Maximum Destruction would go for one of the most appealing stunts of all time.

While most of the time, stunts like these end up with a truck on its roof, the Max-D monster truck manages to hit its marks perfectly on this one, resulting in a well executed double backflip.

Check out the wild and crazy rig go end over end before coming down hard in the video below. Sure, it might have caused some damage, but that’s nothing compared to the feeling of completing a stunt like this.