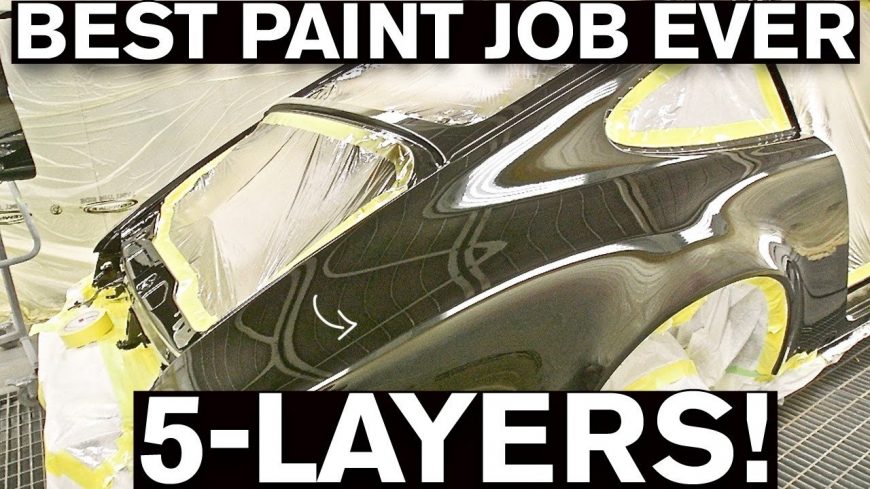 Every once in a while, we stumble upon a car that looks absolutely perfect. Sure, it might be simple, in design. It might not be a SEMA build that’s popping off of the canvas. Maybe it doesn’t have all sorts of chrome and lighting effects. However, sometimes, simplicity is a lot more difficult to execute than a build that goes above and beyond with flashing features. After all, there’re no distractions to draw away from the attention to detail. Most of us, as people who appreciate automotive art, are able to check out the finished products and find ourselves in awe. However, it’s still difficult to really be able to appreciate all the effort that has gone into such a finished product. That is, unless you’re someone who has actually done it.

Obviously, in the art of the appearance of a vehicle, the paint is one of the most important aspects. After all, color is one of the main descriptors of a vehicle and the first thing that greets the eye. Therefore, this time, AMMO NYC, the YouTuber that has really become popular for his detailing expertise, takes us through the process of getting a meticulous paint job. On his own personal Porsche 964, the only color that would tickle his fancy was a basic black. However, even with black, the most common color on an automobile, getting it just right is an entire process. Retaining that perfection after the fact adds even more difficulty.

By following along with the video below, AMMO takes us inside of what one of the most insane paint jobs to ever be laid on a car like this looks like. It isn’t as simple as masking everything off and laying down some paint. Instead, every last panel has to be prepared, painted, and finished off with just the right touch to make it look amazing. We would go ahead and say that this thing looks as good as it did when it rolled out of the factory. However, that would probably do it a major injustice.

« Motorist Slams Into Camaro, Leaves the Scene Without Her Car After Baffling Reaction