Insane Recovery Brings SUPER STUCK Excavator Back From a Grave

Insane Recovery Brings SUPER STUCK Excavator Back From a Grave

One of the things about getting stuck in the mud is that it’s incredibly easy ...

One of the things about getting stuck in the mud is that it’s incredibly easy to do. No matter what the equipment at hand, whether it’s a pickup truck or a piece of construction equipment that we’re using, we like to have confidence not only in the machine but in our abilities as well. At the end of the day, who wants to admit it they can’t drive through a certain area?

We aren’t 100% sure what the case was here but apparently, the operator of this particular excavator had driven it just a little bit too far in the wrong direction when trying to dig out a pond. Sure, these things are hooked up with tracks so that they’re able to travel on all sorts of different terrain. However, at the end of the day, there is definitely a limit to that. It’s not like you could just drive an excavator straight into a swamp and hope to come out on the other side without a little help.

In this situation, though, that’s exactly what happened as this excavator is about as stuck as it gets. Not only has the machine sunken but it has sunken so far that the entire bottom half of it is gone. All that’s sticking out of the mud is the arm and the cab. In other words, it’s definitely not going to be an easy recovery. Instead of just hooking up a chain and snatching it with a truck, there’s going to be some extensive work that needs to be done in order to get the piece of heavy equipment free.

Just to give you an idea of how extensive that work is, the video below spans nearly an hour! Within the fourty or so minutes, we get a sneak peek at the rescue mission that really goes above and beyond to help out somebody who really needs it! This is definitely a spot where the big guns needed to be brought in! 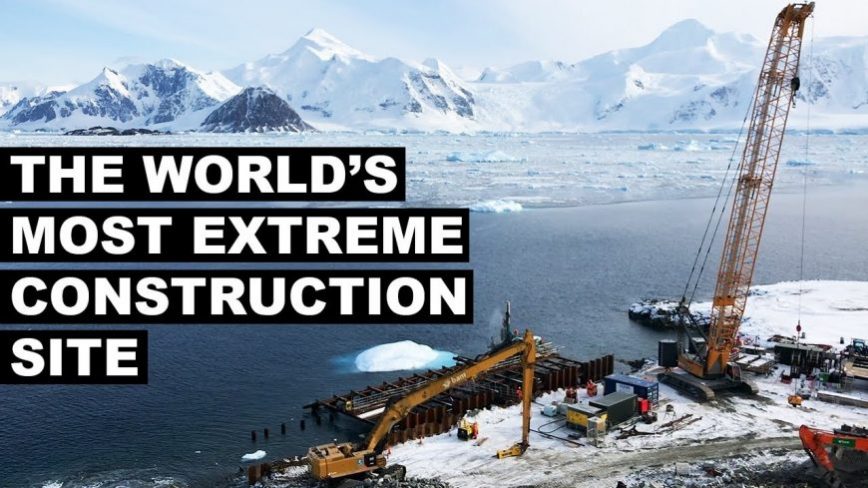