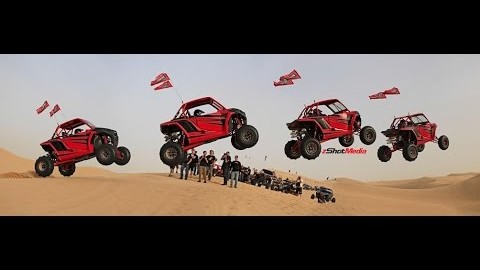 Big air is the name of the game at the Glamis Sand Dunes. The owner of “El Diablo,” the highly customized Polaris RZR xp1000 learned what big air was all about when he pushed his rig a little bit too far.

The Polaris powered by a Kawasaki Four-Stroke ZX-14 1400cc engine hit the dunes at a high speed and as a result came down with a crushing blow.

Check out the video below as the jump that was measured at 160-feet resulted in a broken rim, even when landing in the somewhat soft surface of the sand.