Insanely Rare and Invaluable Ferrari F40 Burns to the Ground 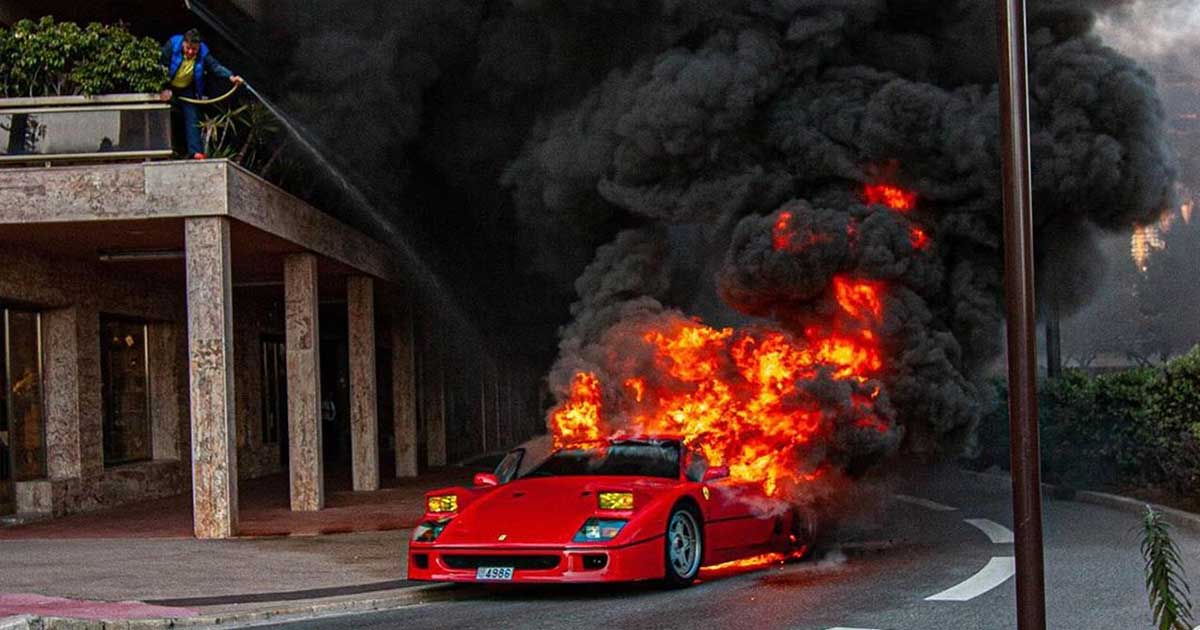 If there’s one thing that none of us want to see, it’s a spectacular car going up in flames. However, as bystanders, we have to say that some of these incidents hurt worse than others. Depending on the car in question, some of these video clips can really hit a sweet spot of pain.

In today’s version of the viral videos that we would rather not have seen, a Ferrari is going down in a ball of flames. This isn’t just any Ferrari, though. Instead, it’s a Ferrari F40 Competizione.

Produced between 1987 and 1992, the F40 was basically a dream machine. The car laid claim to being the fastest and most powerful Ferrari of the time. If we want to talk about the car that was on posters of children’s bedrooms, this is probably one of those cars. In fact, this particular Ferrari was the last personally approved by Enzo Ferrari. That means that the level of attention to detail was second to none and it holds a sort of historical significance.

Back in the day, the F40 cost $400,000. That seems like a middle of the road machine based on the prices of today’s supercar standards. However, it was certainly quite the chunk of change back in the late 80s. For those who have held onto their F40s, these cars easily bring in seven figures these days. The range ends up being quite wide depending on the history of the vehicle.

However, something like this isn’t always about money. Sure, we can slap the monetary stamp on one of these things and tell you what the insurance company will think its worth. On the other hand, though, it’s basically like watching a piece of rolling artwork burned to the ground in front of our eyes.

Not everything comes down to the dollar and watching the F40 burn reminds us of just that idea.

Tribute to Ferari F40 as an everyday driver because recent events in Monaco. Monaco, Sweden and USA!

Tribute to Ferari F40 as an everyday driver because recent events in Monaco. Monaco, Sweden and USA!

« This Just Might Be The Nastiest Cammed Chevy Ever