Inside a Container Ship During a Massive Storm is Somewhere You Don’t Want To Be! 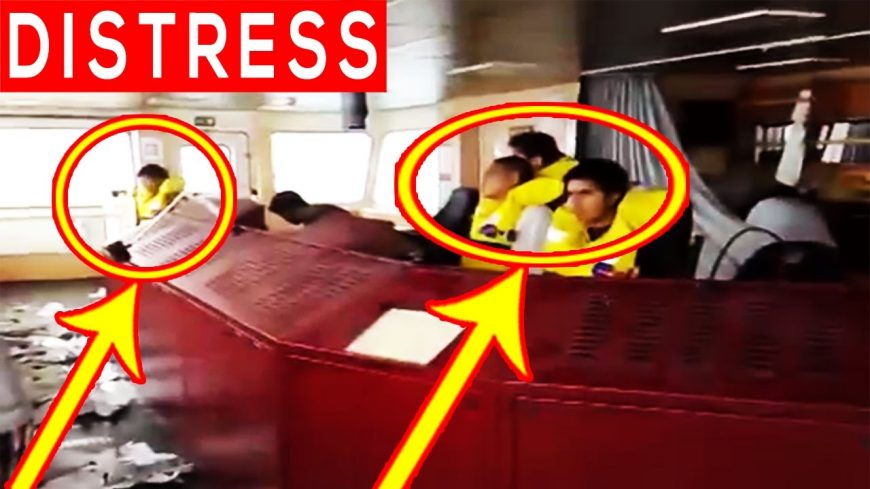 If you’ve ever had the opportunity to be on a massive ship of any kind out at sea, one place that you most certainly would not want to be is in the middle of a big storm. You know that if the ship is as big as a cargo ship and gets to rocking on the level that this one is, problems could really be right around the corner and you really don’t want to deal with whatever it is that mother nature has to offer.

In this video, we go inside of a container ship as it hits the open seas and happens to comes across a massive storm. It isn’t bad enough to the point were things start going overboard but inside of the cockpit, you can tell that things really go awry as the crew is trying to keep operations in a line all while there are various objects rolling all over the place.

Now, because we’re seeing this video, I’m going to go ahead and venture to guess that the crew did make it back to shore safely but I’m sure that a situation like this is really enough to put a knot in someone’s stomach as they fight with the waves to keep everything in line and make sure that their cargo stays nice and dry.

Check out the video down below that puts you in the heart of the action as this boat rocks back and forth in such a way that might make you seasick if you aren’t careful. Just thank your lucky stars that you’re able to watch this one from this side of the screen because if you were on the other side, you would’ve definitely been wrapped up in a sticky situation.

« Bobby Ducote in His Mustang vs No Leg Craig! Close Call