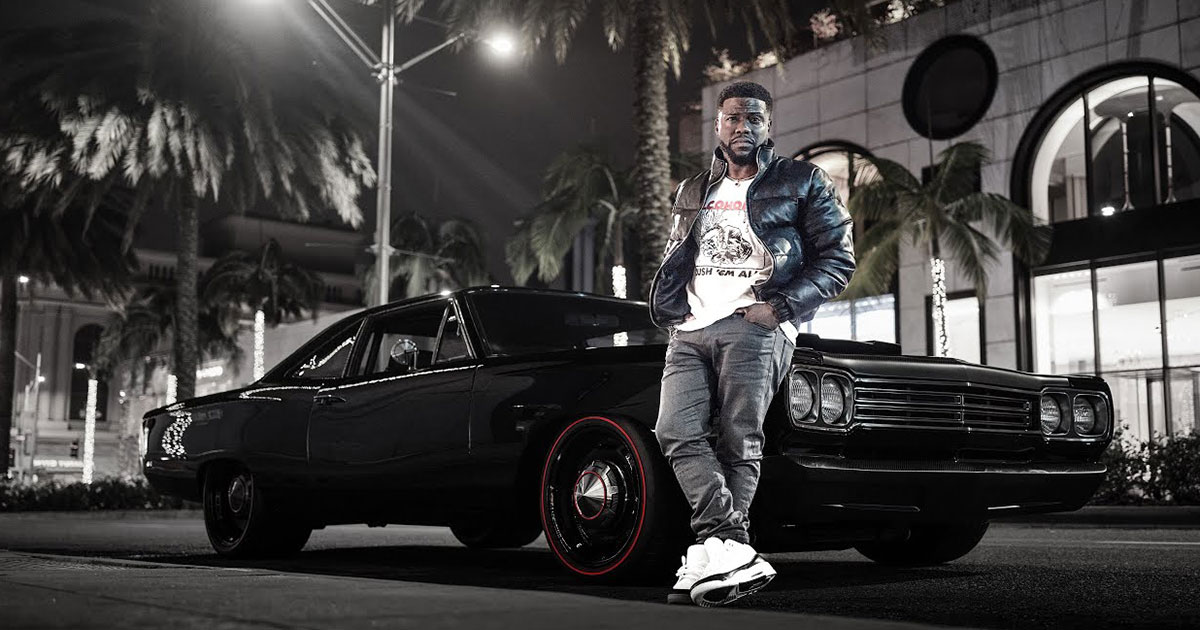 If there’s one car guy who definitely gets a good amount of credit among automotive enthusiasts, it’s Kevin Hart. An enthusiast who has been around the block a couple of times can definitely sniff out the difference between somebody who really has knowledge about what they’re buying and who is just a celebrity trying to spend money. Don’t get me wrong, there’s not really any problem with either as it has to be awesome to just go into a dealership and drop a stack of cash on any exotic ride that one desires.

However, it can be easier for enthusiasts in our corner of the world to relate to people collecting old-school classics with tasteful modifications. While Hart does find his name on the title of a couple of newer exotics, he has a plethora of old school resto-mods and even a couple of factory stock classics that he has been collecting that will make most enthusiasts’ eyes pop.

Recently, we just saw Hart unveil his new “Dark Knight” Buick Grand National which has quite a custom flair to it and even an engine swap. This Grand National goes alongside his Buick GNX, “Michael Myers” Road Runner, and his carbon fibered out “Hellraiser” Dodge Charger that is nothing short of an absolute head turner.

In this particular video from the folks over at magnaflow, the multi-talented comedian, entertainer, and entrepreneur dives into some of his favorite cars from his collection and talks a little bit about why he loves his cars and how exactly he picks them out. If you have yet to see this collection, you better grab that popcorn because there are definitely some pretty awesome rides here to sink your teeth into. In fact, I might even go so far as to say that this is the perfect way to spend if you have an unlimited budget.