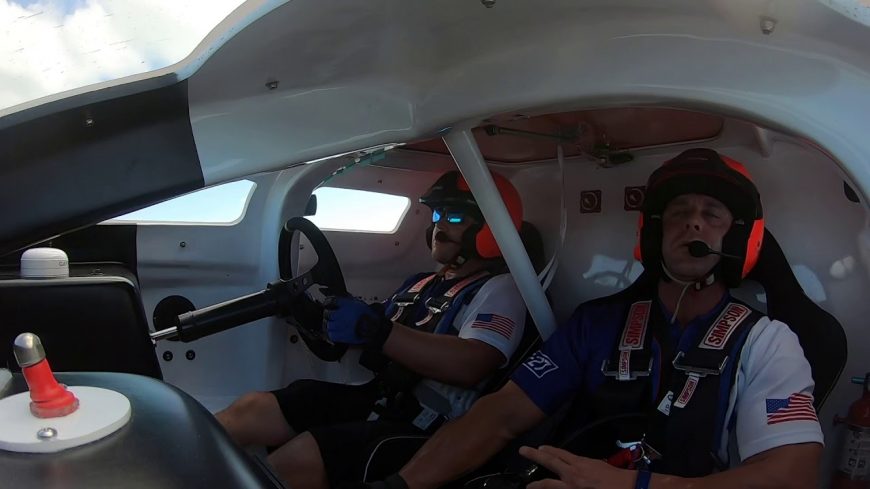 While on the road, one might be able to see the obstacles ahead. They have plenty of time to react accordingly. Sure, higher speeds make reacting tougher. However, there’s a good chance that the race track isn’t changing. When we hit the water, everything changes.

In the liquidy abyss, I’m sure that the most trained captains have a keen eye to see what’s coming. Sometimes, a rogue wave might just come out of nowhere and take out a boat! Unfortunately, in this high-speed racing situation, that’s exactly what we come up against. While a pair of boats in the  2019 Key West World Championship Super Stock Race were racing side by side, they’d both. be taken out.

In dramatic fashion, both vessels would flip over backward. You can dive into this collection of videos knowing that all involved would leave conscious and alert. It certainly spelled out a scary situation, though.

We ride along from the cockpit as things escalate in a hurry. Everything is going normally when, all of a sudden, the vessel catches air and ends up flipping over entirely. It’s a scary scene to watch as the people onboard have to react quickly to try and get out of the submerged boat before things get worse. The last thing that they would want would be for the boat to start going down before they could get out or to be broadsided by another competitor.

Check out the high-intensity situation that has these two acting on their toes to get out of a tight spot. Luckily these competitors would end up being alright and all of the equipment was able to stand up to the beating provided by the water as it threw an instant change of inertia in the direction of these participants.

When you go from moving that quickly to a dead stop, things could get a little bit hairy but these folks managed to overcome that and get out with their health!

« Man Found, Rebuilt Dom’s Charger From Fast and The Furious For SEMA 2019