Inside The Garage Of A Rockstar! Car Collection Of Coldplay’s Guy Berryman 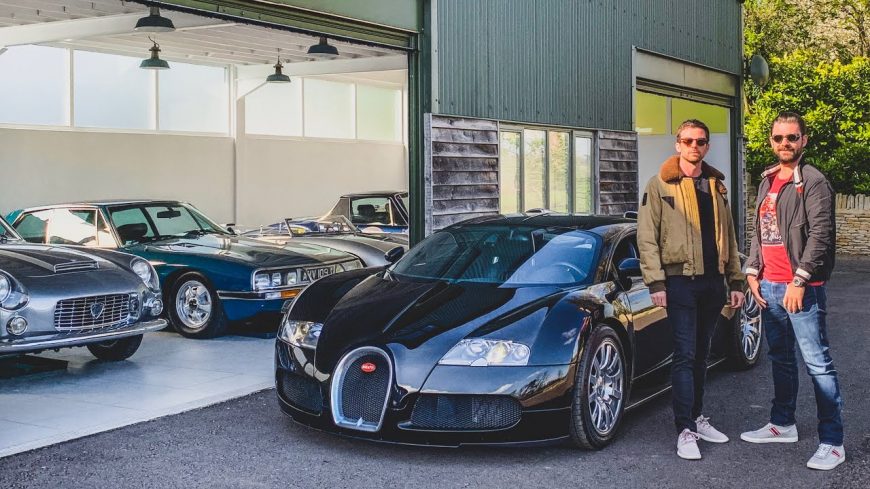 For those of us who are into the world of wheels, it’s kind of hard not to fantasize. What would we do if we ended up hitting it big-time? Maybe this fantasy includes hitting the lottery or becoming famous in some way then proceeding to build the ultimate car collection. For pretty much any member of the world-famous Coldplay, imagination is reality. After all of the fame that they have put together, including the fifth highest grossing tour of all time, you know that these members really have some loot. How they spend it is truly open-ended as the options are limitless.

For Guy Berryman, best known as Coldplay’s bassist, it actually does turn out that he has quite a lust for automobiles. Sure, when celebrities make it big, they buy cars. That doesn’t mean that they have any idea what they’re buying, though. Guy seems to be different.

In fact, he loves cars so much that he’s even decided time to creating his own automotive publication. When he isn’t spending time trying to figure out what’s best for Road Rat magazine, Guy has quite the collection of automobiles to immerse himself in. So, with somebody that has this amount of wealth and appreciation for cars, what does such a collection look like?

While rather simple and not quite that massive, we have to admit that Guy’s collection is actually pretty impressive. With just a couple of automobiles, it spans lots of different concepts. He does say, though, that the collection has a bit of a revolving door with vehicles coming and going. Some of the vehicles are a bit obscure, others elite, and another section is devoted to the classics. It seems as if Berryman really has an eye on cars that have historic importance. He mentioned at least once during this interview how certain automobiles seem to change the way that vehicles are designed. These really seem to pique his interest.

By following along with the video below, we’re able to learn a little bit more about the Road Rat publication and exactly what’s included in this all-European collection. Most of the cars are classics with the only exception being a Bugatti Veyron. It’s certainly not a bad way to spend a small fortune.