With an estimated worth set at $3.7 billion when he entered office, Donald Trump is ...

With an estimated worth set at $3.7 billion when he entered office, Donald Trump is by far the richest person to ever enter political office in the United States and with thtat wealth, you can bet your bottom dollar that he has a couple of toys to play with and all of the luxuries that one could ever want or need. If you’re as rich as Donald Trump, there’s no way in the world that you fly in a plane that’s anywhere near average and this one takes luxury above and beyond.

When we hop aboard Trump’s personal 757, we’re greeted with the best of everything, including 24 karat gold accents and even a personal movie theater. As if the amenities aren’t enough, just about every surface is coated in the most precious substances that they could get their hands on. Every step that you take in this plane seems to house another surprise that you might have not even seen coming.

With each and every detail revealed, we keep finding more things that most houses aren’t even luxurious enough to have, let alone an airplane! It looks like no stone was left unturned in making what might just be one of the most luxurious aviation instruments ever thought up and we’re not exactly shocked as, prior to his presidency, Trump made a living off of providing all of the creature comforts in his real estate empire, so it only makes sense that he has some for himself.

Check out the complete tour of this luxury craft in the video below and tell us which part is your favorite. This plane is truly how you travel in style! After looking at this thing, I’m not sure that Air Force One would even be an upgrade. In fact, it might even be a substantial downgrade!

Video Breaks Down the Inside of Trump's Air Force One in Detail, Bigger Than Your House 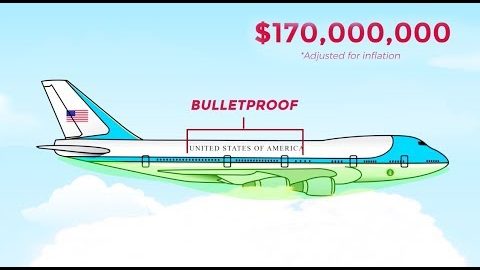