Intense Brawl In The Street Following Road Rage Flare Up!

Intense Brawl In The Street Following Road Rage Flare Up!

At some point, all of us have experienced road rage. I mean, who among us hasn’t been ...

At some point, all of us have experienced road rage. I mean, who among us hasn’t been in a situation where another driver did something, whether it was intentional or not, that made us mad enough to throw up a middle finger, honk the horn or yell a few choice words out the window in disgust? We’ve also been the one on the receiving end of these types of reactions from other drivers when we’ve made a mistake or driven like an idiot. It literally happens every day, and for the most part, the anger spikes, then immediately cools back to normal and we go on about our way.

However, there are a few occasions where the anger doesn’t cool, but continues to escalate to the point of, well… what you see below. A dashcam in Adelaide, Australia captured an intense moment when a trio of motorists squared off right in the middle of the street, slinging fists – and each other – while other cars sat nearby, their drivers surely in a stunned state of disbelief. We have no context for what happened to cause such a scrum, but we have to assume somebody either made a big mistake or was driving like a total douche and that led to the confrontation.

It’s hard to say what could have happened specifically without better evidence, especially considering there are three guys in the street, since most road rage incidents involve two drivers. Whatever the situation is, these guys have no interest in settling it with a calm discussion over coffee. Instead, the three of them throw down right there in the road while the camera silently rolls in the car behind them. We’ve said it many times, we’re incredibly thankful so many people run dash cams in their cars these days. If it weren’t for that, we wouldn’t have near as much footage like this! Hopefully neither of these three were injured and they all went on about their way with little more than bruises and a hell of a story.

Mustang Owner Gets WEIRD at a 4 way Stop 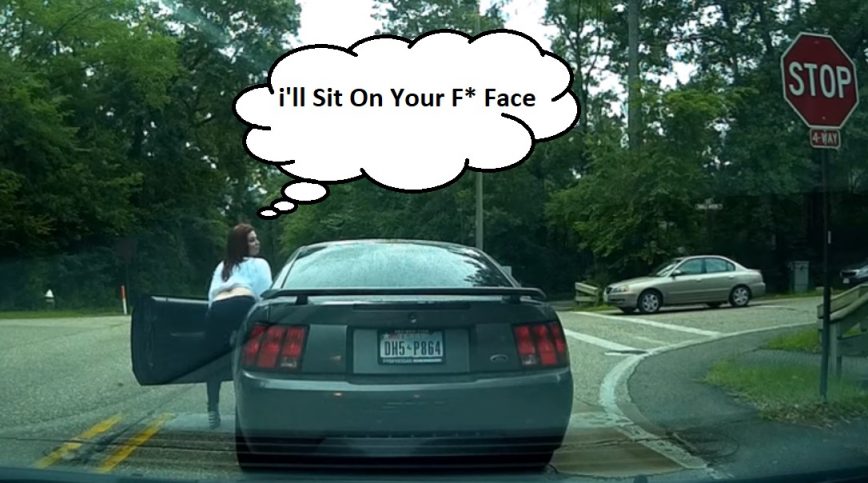