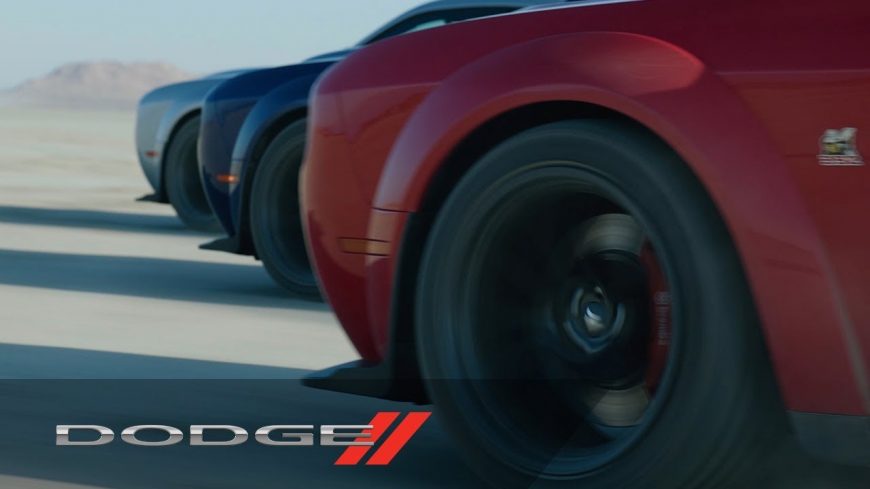 It’s a small touch, but it carries a deeper meaning for those who are partial to Dodge’s current trend toward breathing life back into the driving experience. The eyes of the feline badges on the new SRT Challenger Hellcat Redeye are red, to signify that the Hellcat has been possessed by the Demon. While the team at FCA is sticking to it’s decision to make the Demon a one-shot production run, the car’s world-beating quarter mile influence is being felt elsewhere, no especially in its respectably-potent little brother.

New for the 2019 model year, the Redeye boasts an insane 797 horsepower, up 90 from the previous Hellcat’s 707. The supercharged 6.2 HEMI will push the car to 60 MPH in just 3.4 seconds and through the quarter mile in 10.8 seconds. The “base model” Hellcat also gets a bump in output, cranking out 717 horsepower for the 2019 iteration that pushes the car through the quarter in 10.9 seconds.

I know some of you are doing some math and scratching your head, but the numbers make sense when you take a few things into consideration. First the law of diminishing returns. You add 90 horsepower to a car that has 300 and runs mid 13’s and you’ve bumped the output by nearly a quarter and will probably knock a full second off the quarter mile time. You add that same 90 horsepower to 700 and you’ve added a tad over 10%, so a tenth of a second for 90 horsepower at this level works out to be about right.

So how does the Demon, which only has 50 more horsepower cover the quarter mile almost a second quicker? There are a couple of factors at play there as well. First of all, the tires. The Demon quite famously came from the factory with massive drag radials out back that are a huge factor in the car’s insane launch numbers (0-60 in 2.3 seconds!). The Demon’s suspension was also tuned for drag strip domination. Super soft rear settings and front shocks built to rocket the nose of the car into the sky help plant those drag radials and keep them stuck. Then there’s the transmission, which was geared specially for quarter mile acceleration.

The Redeye, while coming within spitting distance of the Demon’s HP numbers, is still built for all around driving enjoyment, so its not riding on drag radials and a super soft suspension.

Pricing info hasn’t been released, but officials at FCA mentioned the $70K ballpark for the Redline, which should start rolling into dealerships this fall.