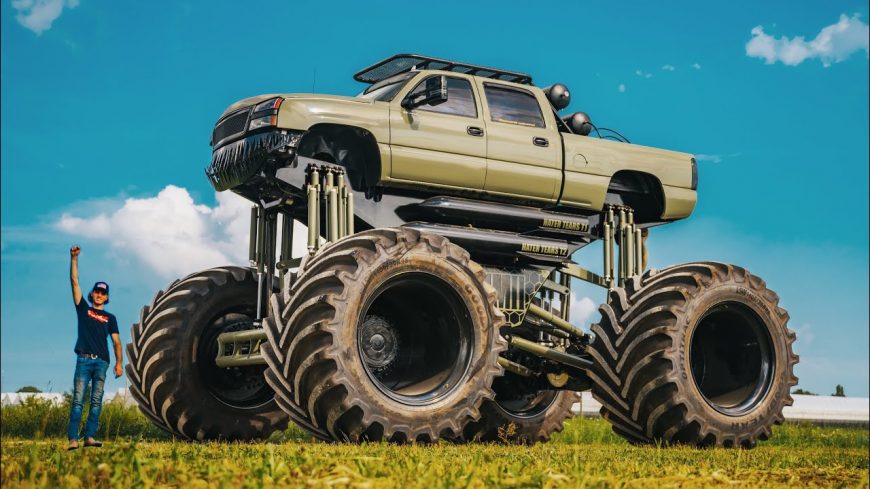 It seems as if the way that most people have become acquainted with the WhistlinDiesel YouTube channel is through his tendency to create chaos and destruction. It’s true. The YouTube creator has had quite a knack for putting together purposefully chaotic content with the aim of destroying some high-end rides for entertainment value.

However, as his career on YouTube has progressed, it seems as if the channel’s content has really gained momentum, bringing more and more production value to the table. We might not go so far as saying that the days of WD destroying things for the purpose of destroying things is over. However, with some of his recent creations, we see that our creator goes just a little bit further than that single dimension.

This time, we check in with a ride called “Monstermax 2.” For those who are unfamiliar, the previous rendition with the same namesake was a monster truck powered by a Duramax diesel engine.

This time, though, it seems as if the idea is to go bigger and better. How could you possibly take a Chevrolet Silverado that’s jacked up in larger than life and make it even more so?

Apparently, the answer to that question is taking another Silverado and making it what claims to be the world’s biggest truck. Not only that but this thing is going to have some pretty awesome power sources as well, sporting not just a single Duramax engine but two of them!

« Do Jack Stands Live up to Their Rating? The Hydraulic Press Tells All