Introducing the “BOATERCYCLE” – The Ride as Sketchy as it Sounds! 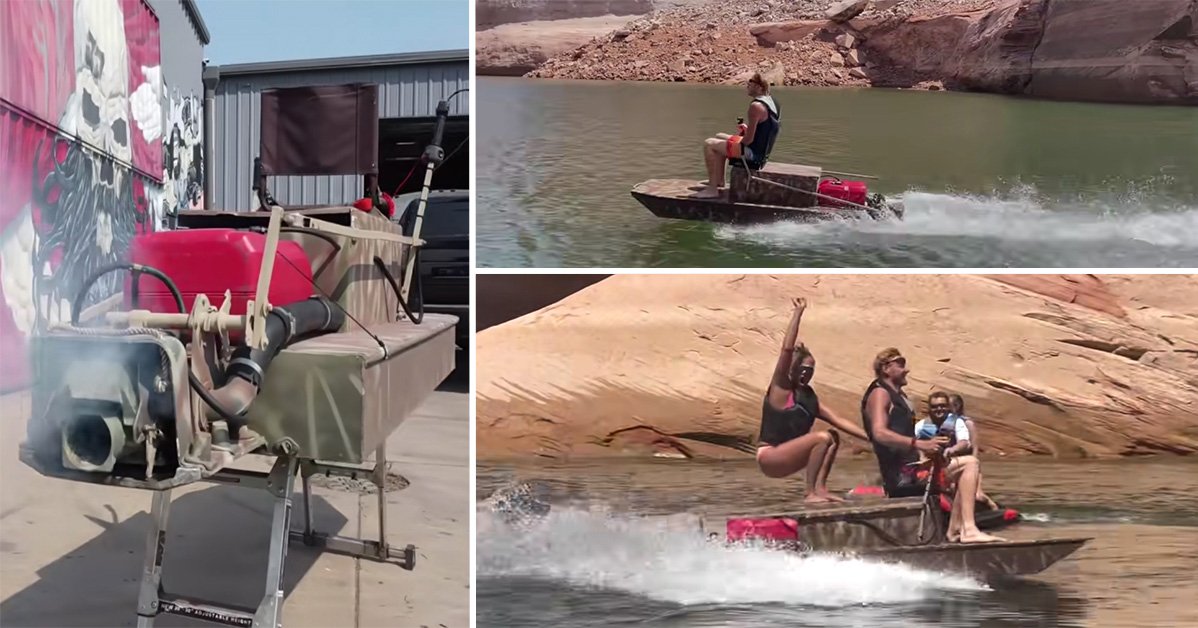 What do you get when you combine a boat and a motorcycle? If you’re thinking of a jet ski, you’re absolutely right.

This time, though, we check out a similar concept that has gone and thrown a curveball into the mix. The idea is just as the name “Boatercycle” suggests. When a small aluminum boat is combined with a 70 hp jet drive, things tend to get interesting. At the end of the day, we definitely can’t help but applaud the creativity that went into concocting such a mixture of parts. The result is a ton of fun to see in action.

The cool thing about this machine is that it’s unlike anything else on the water and probably for good reason. Even the folks behind it admit that it’s an “overpowered death trap.” We aren’t quite sure that we would recommend that anybody try to recreate something like this but watching it all come together is definitely nothing short of entertaining.

We can’t help but love finding our way into the corner of YouTube where creators like Hunter Goodrich get extra creative. Sure, you could go out and buy a jet ski but with the “boatercycle,” we get to check out an alternative that’s a little bit more hands-on if you will.

By following along with the video below, we can guarantee that you’ll be entertained. In addition, though, we think that this one might begin to help fill up that bad idea bank that a lot of people have been working on. For us, we think that we would probably much rather watch this one than participate. However, we have to admit that it’s incredibly gnarly to watch this thing shred through the water, especially considering the components that it’s made of. When we first laid eyes on the boatercycle, we have to admit that we thought there was no idea it would work but seeing it in action has definitely turned the Speed Society crew into believers!