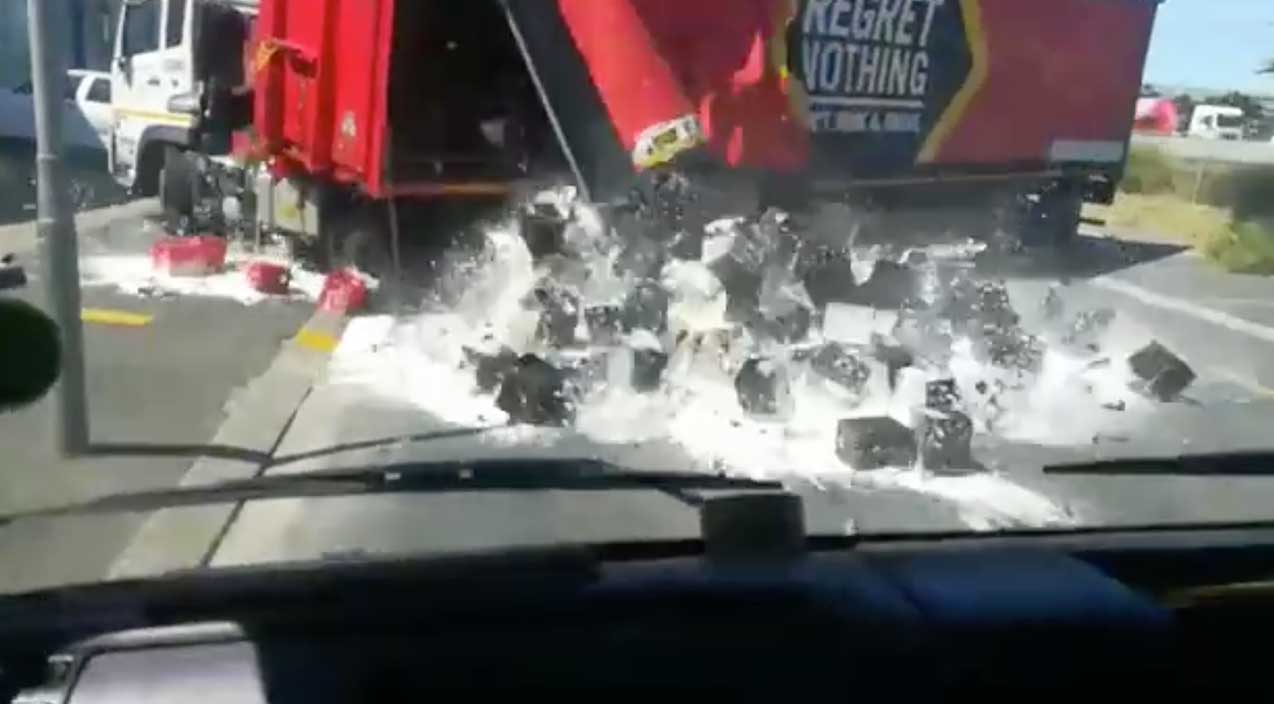 I’m not gonna lie, this guy got himself in a hell of a position and was just doing the best he could to get out of it, but this is absolutely one of the most spectacular “WTF” moments I’ve ever seen. I’m just glad the guys in the truck behind him had the presence of mind to catch this on camera, because there are no words to describe this snafu.

We join the situation with the driver already caught in quite the predicament. It looks as if he tried to make a U-turn in a spot that simply isn’t wide enough for a big rig to turn around, and he’s caught in the middle of the road with his truck and trailer blocking traffic in both directions. He tries to pull forward to just drag the trailer around by brute force, but physics will have none of that. The drivers drops his truck into reverse and tries to push the rig back around, and that’s when things go from pretty bad to really worse.

I am fairly certain this load wasn’t properly secured, because it just doesn’t take to much jostling to send the cargo – in this case, a truck load of beer – spilling out of the soft sides of the trailer. This type of trailer uses tarps on the sides instead of hard metal or wood sides. I assume this is for easier loading and unloading, but it also leaves the cargo in a precarious state if there ins’t some type of method in place to keep the beer secured inside. You can tell by the time the driver hits the brakes and his momentum, as little as it is, sends almost the entire load of adult beverages flying out of the side of the trailer. The tarp does nothing to protect the precious liquid and it hits the asphalt and the bottles shatter, sending gallons of beer flooding into the street.

I’m not in any position to say how this driver should have handled this situation, but I can say with a great deal of confidence that this all started with making a U-turn in an inappropriate spot, and was made far worse by his load not being properly secured.