Is Synthetic Motor Oil Better For Your Car? 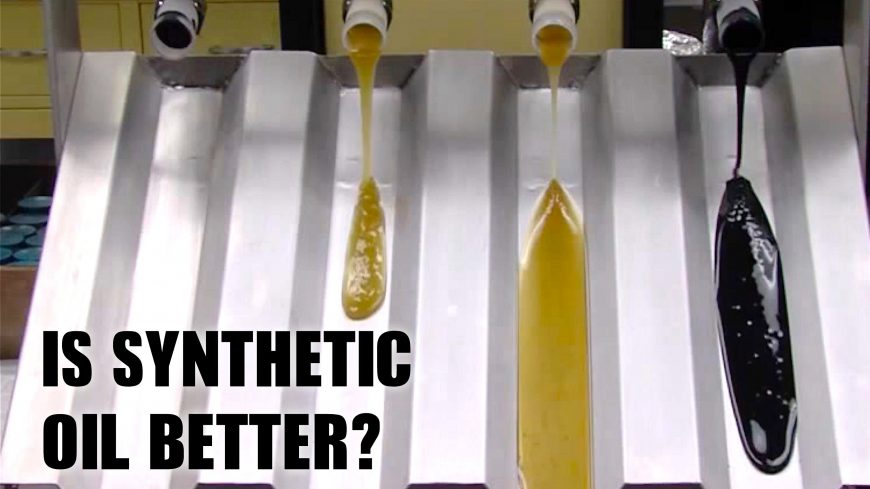 Jason from Engineering Explained is back with some more automotive education, this time comparing conventional engine oil vs synthetic and answering the question “Is synthetic oil better for your engine?”

With his unique way of presenting some pretty technical data in a clear and understandable way helps us understand exactly what is going on with each type of oil, breaking down weights and SAE ratings, as well as what changes the oil undergoes as temperatures inside the engine change, something that a lot of us probably don’t understand as well as we think we do. After looking at the data presented on his trademark whiteboard, Jason presents us with a good visual test of the oils being poured to show how they behave when they’re new and when they’re used.

The point of this demonstration is not so much to show the differences between conventional and synthetic as a direct comparison, but more a look at the changes between both after an oil change cycle. As you can see, the difference in the new and used conventional oil is pretty drastic, with the new pouring as you’d likely expect, while the used bottle only drips a small amount, showing just how thick it gets after a few thousand miles in your engine. The synthetic, however, behaves pretty much exactly the same in used condition as it does new, and that is the point being made in this video.

Thanks as always to Jason for breaking things down like this and bringing us useful data that we can use when making decisions about our next oil change.

« Rolls Royce is Swallowed up by a Giant Sinkhole in China