Is the Harvick/Busch dominance a Good Thing for NASCAR?

Is the Harvick/Busch dominance a Good Thing for NASCAR?

Before you read the whole article, the answer is YES! A big, fat, stinky YES! Why? ...

Before you read the whole article, the answer is YES! A big, fat, stinky YES! Why? Well, there are a few reasons. Everyone needs a rivalry. The NBA has had the Cavs/Warriors for years past, now it’s Lebron vs Curry, Lakers Vs Warriors. The NFL has the Cowboys against anyone, including playoff wins, Major League Baseball has the Yankees vs Red Sox, college football has Alabama vs Auburn (and every other team in the NCAA -Taco) and even the NHRA has JFR vs DSR. It doesn’t matter if you’re a fan of one or the other, you tune in to watch, and cheer on who you hope to see win.

If we have learned anything from other pro sports, it’s that dynasties help get people talking. The Pittsburgh Steelers of the 70’s the 49ers of the late 80’s and early 90’s, now the Patriots of the NFL, The dominance of the Chicago Bulls in the 90’s with Michael Jordan, The Warriors of the current generation. Catch my drift here? These guys battling it out for the Championship every year is a GOOD Thing! Two past Champions doing anything to get ahead of the other, fighting it out week in and week out.

This past weekend we saw the normally timid, and nice Kevin Harvick move the bad boy of NASCAR, and easily the most hated guy in racing, Kyle Busch out his way to take over the lead and the win. Busch, who is no stranger to moving someone out of his way (See the Chicagoland finish just a few short weeks ago where Busch moved Kyle Larson to take the lead). Rather than do the politically correct thing like most professional drivers would do, Harvick just stated he had to do what he had to do to win, and he was not sorry. “These races are hard to win. When you’re in that position, you have to do what you have to do.” said Harvick.

What did Busch have to say? Well one of the most iconic lines of the season. “How you race, is how you will get raced.”

These two quotes have seemingly set us up for an epic battle to the Championship between two of the best in the business.Both are former Cup Champions, one driver in the Ford, the other a Toyota. Both great in their own right, a fact that can’t be denied regardless of how you feel about them on a personal level. Who do you think will win this battle?

Ride with Kevin Harvick as he puts the bumper to Kyle Busch and celebrates victory at New Hampshire Motor Speedway. 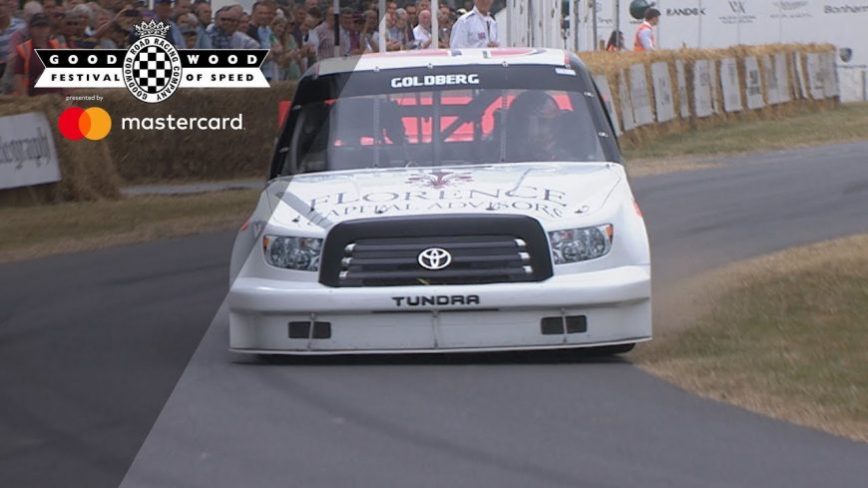