Is This The Scariest Bridge In America? 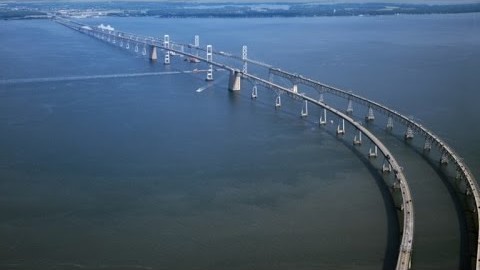 Is This The Scariest Bridge In America?

It’s no secret that bridges can be a great source of anxiety. Even for those who aren’t expecting the structures to collapse, there’s still that thought that will be in the back of everyone’s mind.

For many, the Chesapeake Bay Bridge in Maryland can be seen as one of the scariest bridges in all of America as it spans 4.3-miles and reaches as high as 200-feet.

For those who don’t dare to cross, there’s now a service that will have a driver pilot your car across the daunting structure for just $25 so you don’t have to. You might think that this practice is uncommon, but on the day that he was interviewed, the driver said he’d crossed 19 times!

Check out the video below to learn more about just what it is about this bridge that gives people that nervous feeling in their stomach. Now the question remains: would you cross this bridge? Have you?