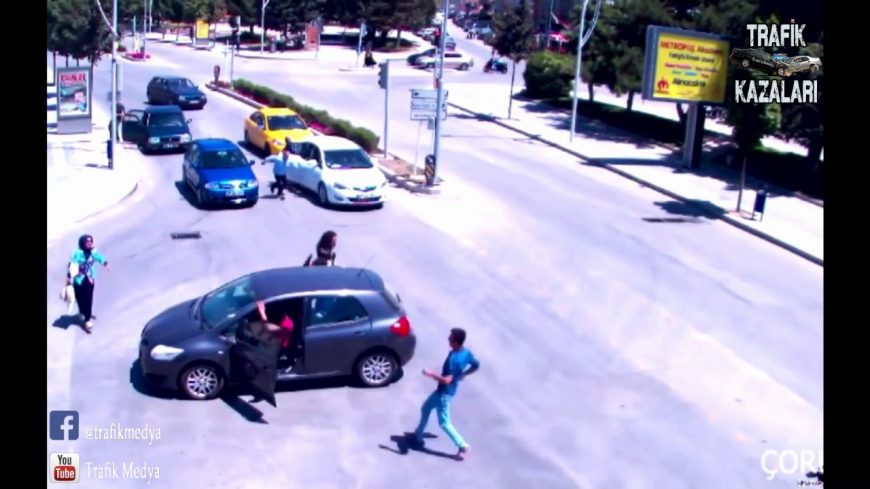 Just when you’re getting to that point where you have access to so much information that you think that you’ve seen everything thanks to the helping hand of the Internet, along comes something else that really makes you question what the heck is going on in some peoples’ heads. This time, we’re shown a situation that really is mind blowing in a way like never before. It’s incredibly difficult to justify how somebody manages to pull something off like this and keep on functioning on a day-to-day basis because quite frankly, I’m not really sure how this person managed what they did.

This time, the situation is not only astonishing from the start but it gets more and more severe as the events progress on. We watch from a security camera and our breath is taken as a baby seat rolls out of the back of a car going through an intersection. Luckily, it looks like some bystanders watched it happen and were able to go recover the infant before a car came but, like we mentioned, this isn’t work stops… Not even close. If you continue to watch, it’s much more horrifying as the driver of the car comes back for the infant. However, instead of being watchful, they simply throw the car in reverse and lay into the gas pedal. WHAT!?

If you follow along down the video below, you’ll see the terrifying situation that has the child falling out of the car and shortly after, the person who recovered the child being run over due to what looks like about the biggest lack of attentiveness that we have ever seen in our entire lives. I’m pretty sure that If you put a person who is both blind and deaf behind the wheel of this automobile, odds are that they would have figured out a better way to come out of this one.