It Has Been Taken To The Next Level… 1000 Degree Chainsaw! 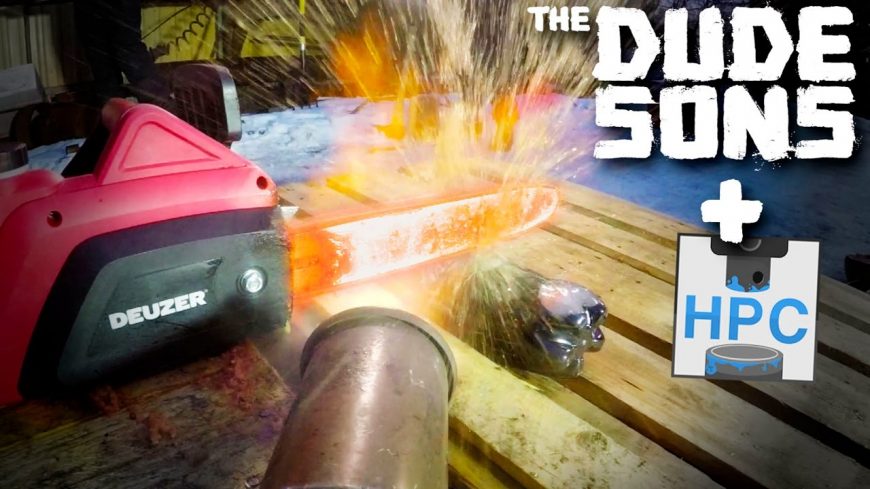 Sure, the hot knife challenge might be an interesting way to see how certain substances react to heat but this time, we check out a couple of people who have decided to take the concept and kick it up a notch, taking this idea that has been pretty much played out and adding a new element to the mix.

Instead of using a hot knife, the kitchen cutlery is completely thrown out and in its place, we have a real live chainsaw that is to be heated up with a gigantic torch and put up against a variety of objects to see exactly how it does. Now, I’m not exactly sure that the heat will have any effect since the cutting instrument is so large but watching things get destroyed is pretty fun nonetheless.

Check out the video below that shows off the incredibly hot chainsaw as it goes up against a watermelon, a rather large block of ice, and even a liquid nitrogen frozen pineapple amongst other unsuspecting objects. When you throw the Dudesons and the folks from the Hydraulic Press Channel into the mix, you’re bound to have a crazy experiment!