It Is Official – Big Chief and Murder Nova Prepare to Race at Outlaw Armageddon 2017!

It Is Official – Big Chief and Murder Nova Prepare to Race at Outlaw Armageddon 2017!

Many of the Street Outlaws stars hit the no-prep circuit when they’re not ...

Many of the Street Outlaws stars hit the no-prep circuit when they’re not filming, heading to the Dirty South No Prep series or hitting up the Redemption series whenever the opportunity arises. However, there’s one event that almost always brings out the entire 405 Top 10 list, several of the Street Outlaws New Orleans stars, as well as the biggest names in the no prep world: Outlaw Armageddon.

Held annually at Thunder Valley Raceway Park in Noble, Oklahoma, Outlaw Armageddon is an invitation-only shootout amongst the biggest names in racing, including Big Chief and Murder Nova, who rarely attend no prep events. They’ve always tried to make Outlaw Armageddon to help support their local track, since many of the Street Outlaws cast members do their testing at TVRP. However, don’t think for a second that the race is relying simply on star power to draw a crowd.

Outlaw Armageddon pays $20,000 cash to the winner and that payday draws many of the heaviest hitters in the game to Noble to take their shot at the purse. That sort of change will have the likes of Chief and Shawn lined up alongside Monza, Doc, Kye Kelley, John Doe, Birdman and current 405 #1 man, and arguable favorite to take the win in 2017, Chuck and the Death Trap.

There is also $20K up for grabs in the small tire class, which will draw an equally impressive lineup of names from the small tire world, such as Boosted GT, Kip Broaddus, and Bobby Ducote, among many others. Look for a huge lineup of badass no-prep racers and a horde of salivating fans to descend on Noble, Oklahoma on August 11th and 12th to see who comes out on top and claims one of the most prestigious races of the year! We will certainly have a crew on hand to bring you as much action as possible! 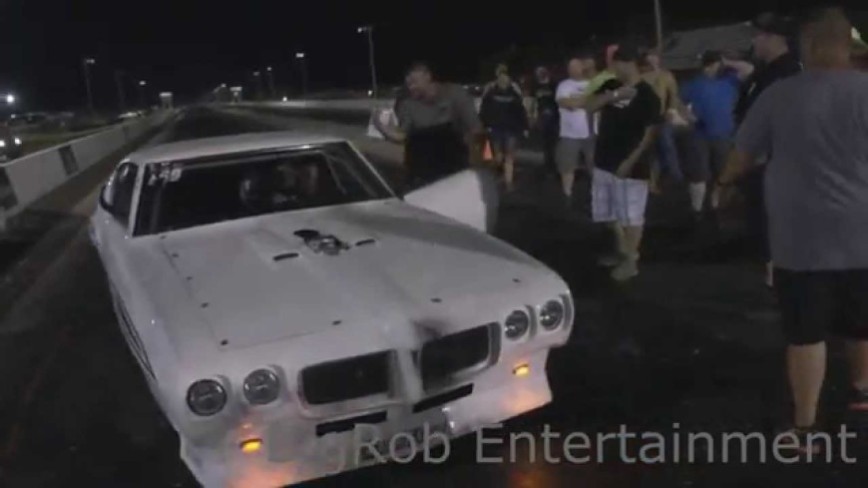