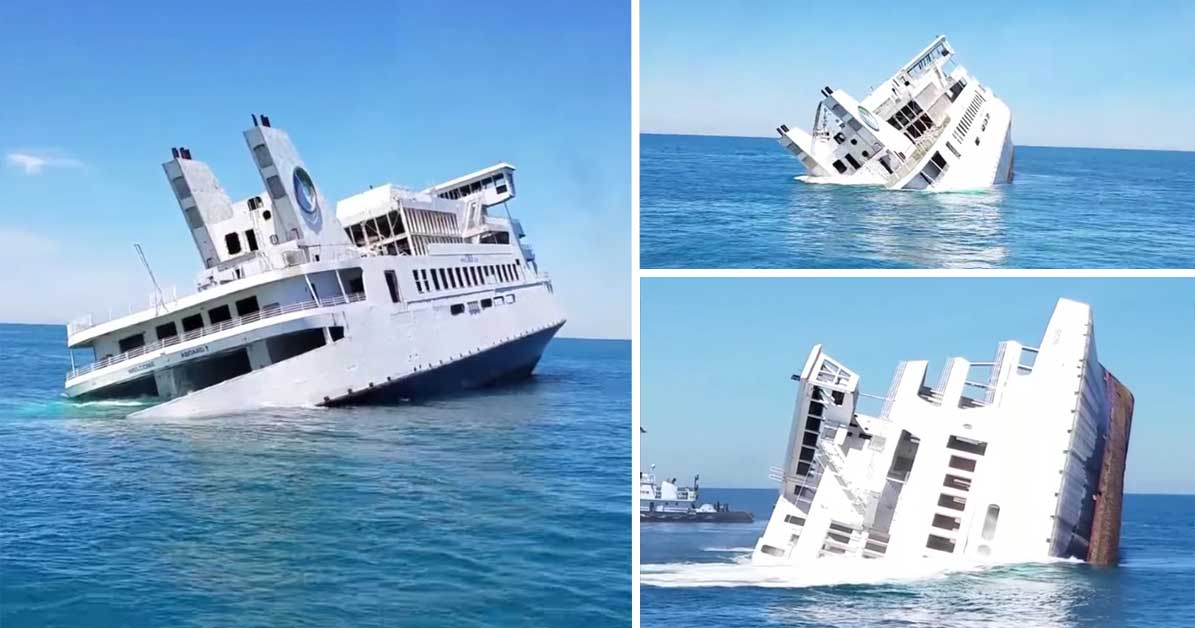 Every once in a while, in order to help out with aquatic life, humans will sink an old boat or some sort of other large structure in order to recycle it and turn it into an artificial reef. That was exactly the case for the ferry by the name of “MV Twin Capes” that was retired from the Cape May – Lewes ferry route and sunken off of the coast of Delaware.

Once a grand vessel, the boat was serviced to travel between the cities of Cape May, New Jersey, and Lewes, Delaware, carrying passengers and their cars. Standing at about 320 feet, the machine serviced the route for some 45 years before it had been decommissioned. Instead of just cutting the vessel to pieces and recycling it in some other way or leaving it to rot, marine life conservationists decided that it could be repurposed for a second life beneath the surface of the sea.

These artificial reefs are decontaminated and voided of any hazardous materials before finding their way to the bottom of the ocean. One of the benefits is not only the promotion of life beneath the surface of the water. These reefs also are said to promote growth in a predictable way as well. Therefore, scientists are able to more closely monitor what’s happening down beneath the surface of the sea and potentially do even more to help.

Down below, we get to watch the sight as the vessel finds its way to the sea for its final voyage. Even though this particular sinking was planned, it’s still quite amazing to watch the ship go down. Even having never set foot on board, it almost gives us a certain feeling of what this thing was all about as it has made its journey, serving both customers and crew for all those years.

« Can Tesla’s Handle The Deep Snow