It doesn’t seem like it, but it’s been three years since Street Outlaws racemaster ...

It doesn’t seem like it, but it’s been three years since Street Outlaws racemaster and perennial contender Big Chief first got The Crow up and running to make his first run at the list after the show went on the air. The car, a Pontiac LeMans that’s been converted to a GTO, was powered by the same 482” Butler Performance-built Pontiac powerplant that Chief still utilizes today.

Check out the video below, which features some pretty significant moments from the car’s journey to the list, where it would eventually wind up #1 before being destroyed in a crash alongside the Mustang of Brian “Chucky” Davis. The video opens with the first start up of the car, giving you a great chance to really hear snarling the engine at idle. From there, it’s off to the dyno, where the car was strapped to the rollers and ran through the gears before Chief stomped on the go pedal and the engine roared to life, churning out almost 1,300 horsepower. We have it on good authority that the car is capable of a lot more than that and that this was a safe, streetable tune just to get some run time on the engine before turning up the wick.

After hitting the dyno, it’s time to hit the track from some testing to make sure the power delivery is there. The suspension on the car looks really soft, which is probably better suited for street use than it would be on the track, but the car still lays down some nice, solid looking runs, especially considering that it’s a fresh combo.

Finally, Chief winds down the evening by taking the car for a cruise, proving the car very capable of hitting the street and not overheating. The car certainly looks and sounds awesome cruising the streets of Oklahoma City! We know things have changed a lot since this video was made, but Chief will never forget the OG Crow and neither will we. 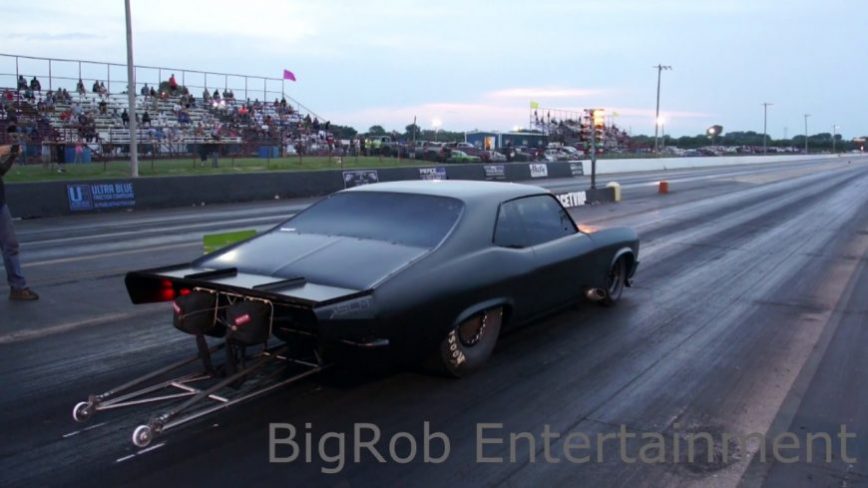