Traveling at 250 mph is much faster than most human beings will experience outside of ...

Traveling at 250 mph is much faster than most human beings will experience outside of an airplane. A very small percentage of people, probably less than 1% of drivers, will ever be behind the wheel of a car accelerating to such speeds. For the men and women of Pro Mod racing, though, they do it on a regular basis.

These cars are put together in such a way as to ensure they’re a force to be reckoned with. In addition to all of the moving parts that are needed to help them accelerate to such speeds, there is an equal amount of safety equipment. These days, the NHRA doesn’t play around when it comes to making sure that its drivers are in a good place in the event of a worst-case scenario. There are certainly times when it comes into play. That safety equipment is put to the test on a regular basis with some of these Pro Mod Races.

When riding along with driver, J.R. Gray, we watch a pretty bad incident unfold where he would meet the unfortunate circumstance of needing to use that safety equipment.

The car seems to get off to a solid start which makes for a clean race. However, on the big end of the track, it looks like Gray slid into a part of the track that is no driver’s best friend. When making his way out of the sticky portion of the track that is shiny and black and into the unprepped center, Gray would lose control.

From here, his car would end up rolling over and tearing the machine limb from limb.

Luckily, Gray didn’t meet the same fate as his car as he was able to walk away following the incident that did unfold in a pretty gnarly way. This is a true testament to the investment in safety equipment in these cars. There aren’t too many places on Earth where someone would be able to emerge from an accident at those speeds. 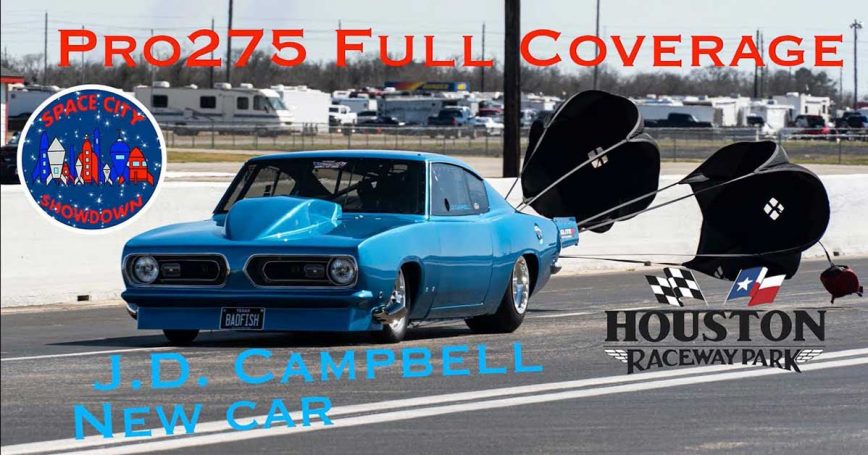