Jake Paul Has Some Serious Monster Trucks, Who Knows What he’s Going to do With Them!?

Jake Paul Has Some Serious Monster Trucks, Who Knows What he’s Going to do With Them!?

As he has become one of the most polarizing figures in social media, Jake Paul really ...

As he has become one of the most polarizing figures in social media, Jake Paul really has been in the spotlight for a while. It seems as if his business model is the “No press is bad press” type as he has had some rather questionable moments throughout his career. However, with all of that, it’s hard to argue with the fact that Paul really knows how to stay in the limelight. He also continues to bring unique ideas to the table that keeps people watching, whether in admiration or disgust.

With this skillset, Paul has put together quite the bank account for himself, really pushing the limits on the YouTube celebrity as we know it. It’s one thing to be in the limelight but something else entirely to really monetize it.

It’s a no-brainer that one of the big attractions of fame is all of the money that comes with it and eventually how to spend that money. With each and every celebrity, naturally, this is something that is going to be a little bit different.

However, it appears as if Jake Paul might be a man after our own hearts. When it comes to spending his money, he definitely isn’t shy with laying down a couple of bucks at a dealership or custom shop in order to get some pretty awesome rides.

In the past, we have seen Paul wheeling around in all sorts of high-end exotics. However, this time, he takes his plans off of the beaten path a little bit, showing off a couple of a monster truck to the cameras of the folks from the RDB LA. Let’s just say that this definitely isn’t a bad way to spend a couple of bucks if you have them. Heck, the combination even comes with a monster of a tow rig that matches.

By following along with the video below, we get an up-close and personal to see what the latest member of the collection for the one and only Jake Paul is. 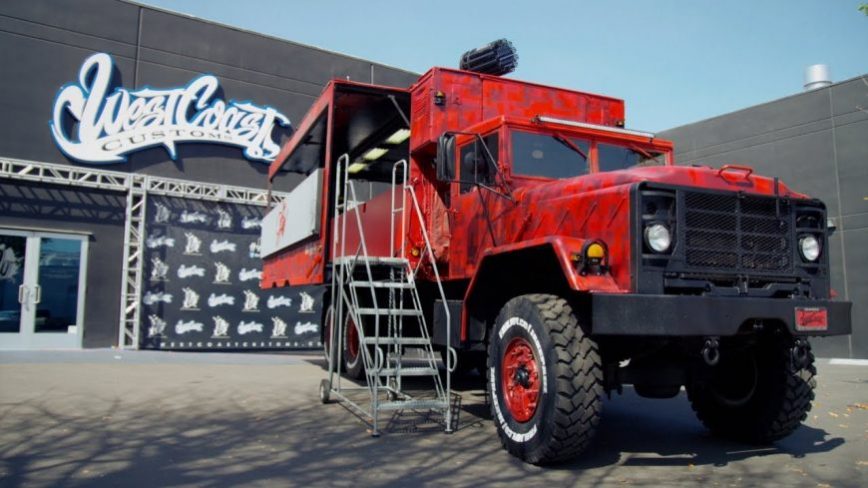