Travis Pastrana and the Nitro Circus have been making magic happen for years. For ...

Travis Pastrana and the Nitro Circus have been making magic happen for years. For those unacquainted, the crew basically takes anything with a set of wheels and even some things without and puts them up in the air, taking on death-defying stunts. As they practically ignore gravity, the crew tries to pull off things that no other human has done before.

With that definitely comes a variety of trade secrets and a couple of broken bones. In fact, we would say that Pastrana has had pretty much his entire body worked on to one extent or another. It turns out that you have to sacrifice some physical limb integrity every now and then when it comes to throwing your body into the air and attempting the seemingly impossible.

This time, Jay Leno actually joins in with the show.

In this one, Travis Pastrana takes him behind the scenes to show how it’s done. As it turns out, there’s a lot more that goes into this than meets the eye. It isn’t as simple as practicing and maybe building a couple of awesome ramps. Instead, the amount of calculation that comes as a result of years of practice really goes into the final product and makes it something that’s hard to match.

After learning all about how Nitro Circus makes magic happen, Leno actually gets in on the action for himself. Believe it or not, Jay Leno was a part of a Nitro Circus experiment. It involves dirt bikes, massive ramps, and lots of air. Let’s just say that this one had to be a wild experience for a couple of legends. After we really get to take the time to dig inside of how this all works, the knowledge truly puts together a new level of respect for Pastrana and company. 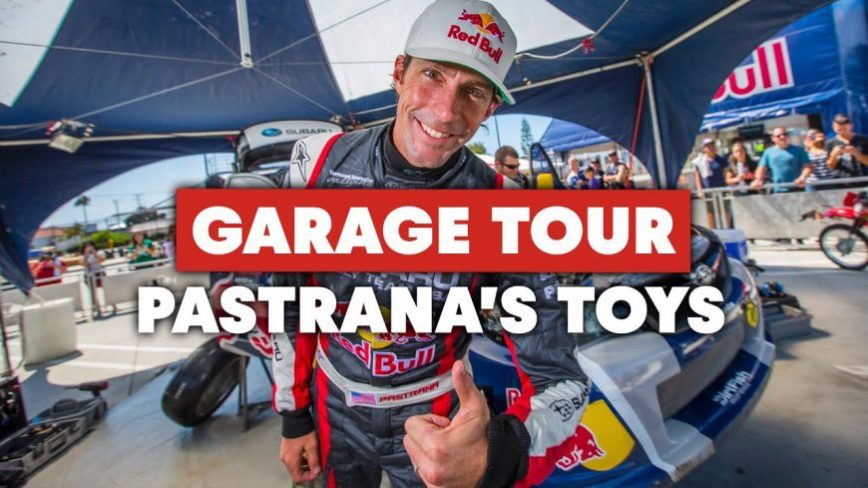