Jay Leno Blows Out The Window In His Jet Car at 160+ MPH! 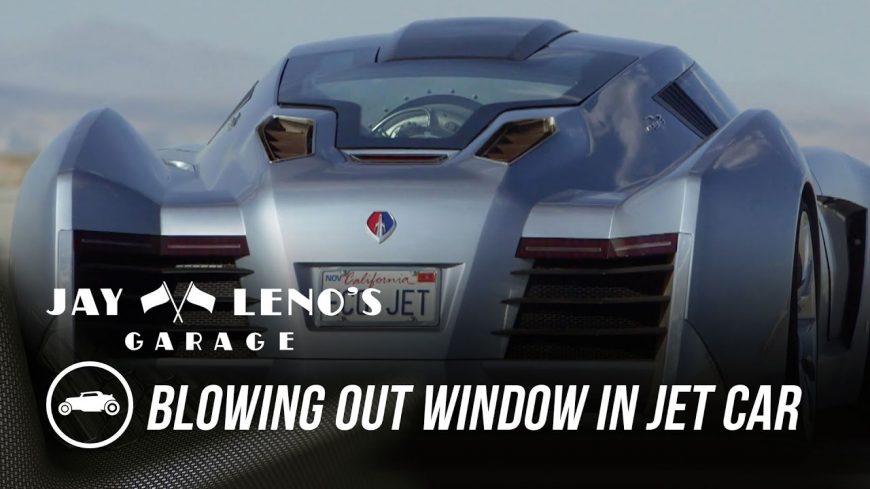 When you have as much money as Jay Leno does just about anything that you can put your mind to is possible. If you aren’t aware, and you should be, Leno is a gearhead just like you and me so what he does with his money is something similar to the way that we would choose to spend our hard-earned dollars as well.

If you’ve been paying close attention to Leno’s doing, you’re probably aware that he has his very own custom-built jet car known as the Ecojet, a machine that puts out 650 hp thanks to a Honeywell LTS-101 turbine engine that pushes this thing to speeds topping 160 mph.

This time, when Leno decides to take out the Ecojet and show it off a little bit to famed astrophysicist Neil Degrasse Tyson, not all goes according to plan as he lays into the throttle and the driver’s side window is blown completely out of the car while under acceleration.

Even though he’s already hurling toward the car’s top speed, already at 120 mph, the mishap doesn’t really seem to phase Leno as he stays in it, looking like he’s going to try to max this bad boy out. Check out the video below as the slight misstep doesn’t deter Leno from his need to quench his need for speed.

« This is How They Repair SEMI Truck Tires