When it comes to household names, look no further than Guy Fieri. Even if you ...

When it comes to household names, look no further than Guy Fieri. Even if you aren’t too familiar with his shows on the Food Network, there’s a good chance that you’re familiar with Guy. It seems like his extravagant way of styling himself has managed to make him become a sort of pop-culture phenomenon. Let’s be honest, spiked hair and flame covered silk shirts aren’t necessarily blending in.

In addition to having a keen insight on everybody’s favorite dishes, Fieri also happens to have quite the affinity for cars. In fact, Guy has quite the collection of muscle machines himself. Each and every one of these cars has its own unique story that really makes them pop.

There is one car, in particular, though, that most of us probably associate with the food connoisseur. In his show, Diners, Drive-ins, and Dives, Fieri can be seen wheeling around in a bright red 1968 Chevrolet Camaro.

The old school American convertible isn’t just any car, either. In most of these situations, the host, if even asked about the car selection, will probably just pick any attention-grabbing car. However, it turns out that Fieri had a very specific preference. He wanted this car to meet every last one of his criteria before making its on-screen appearance. After becoming such a famous set-piece, we’d say he did a good job choosing.

By following along with the video below, the always knowledgeable Jay Leno takes us inside of Guy’s personal car collection. They spent an extended amount of time with the 1968 Camaro as we hear all about what makes this car a special piece of machinery. Let’s just say that the old-school machine is more than meets the eye.

Most people probably wouldn’t know by watching the show but a lot of thought went into picking out just the right set of wheels for the job. 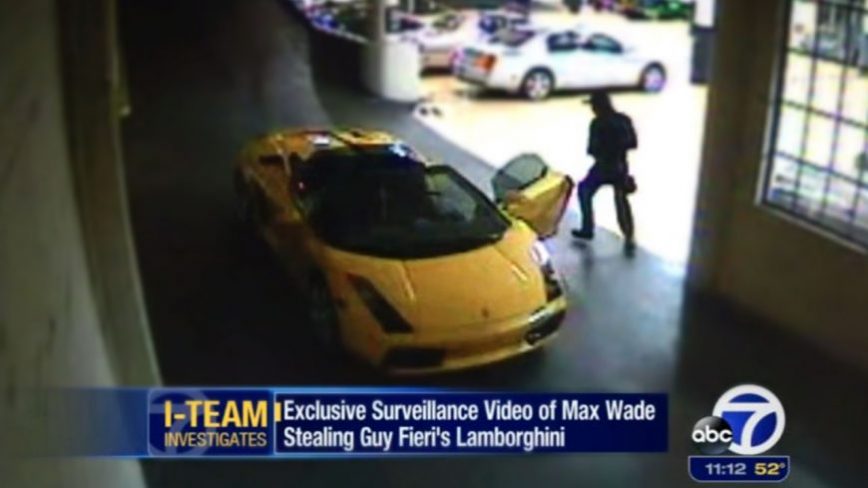