Over the years, the Dodge Viper, which would eventually become the SRT Viper is one ...

Over the years, the Dodge Viper, which would eventually become the SRT Viper is one of the cars that has never really lost its path. While different models might go through ups and downs, evolving with growing pains through their lineage, the Viper has stayed true to its heritage with every generation. As Leno puts it, this could be for better or for worse, depending on who we ask.

You see, when it comes to a car like this, the purpose is creating raw horsepower and putting it to the ground. Asking for pretty much anything else would be a little bit too much to ask of the Viper. While it has evolved and adapted with newer tech, the model has remained unapologetic in the delivery of pure power. It’s a death trap on wheels with no creature comforts. However, the appeal of the raw power and dedication to being as good of a sports car as it can possibly be is what has lured in so many different enthusiasts over the years.

These days, with the most recent renditions of the Viper which has since gone defunct, we might find a couple of electronics to assist with driving. However, back in 1993, things were a little bit more basic. I guess that one could argue that the Viper is really one of those models that delivers us as close to a true driver’s car as it gets.

This time, Leno actually digs into his own personal car collection and pulls out a 1993 Dodge Viper RT/10. He says that he has owned the car long enough to watch it become a classic and in this one, we watch as he reminisces about time behind the wheel and talks about what makes a machine like this so incredibly great.

Love it or hate it, it’s hard to refute the idea that the Viper is an icon. 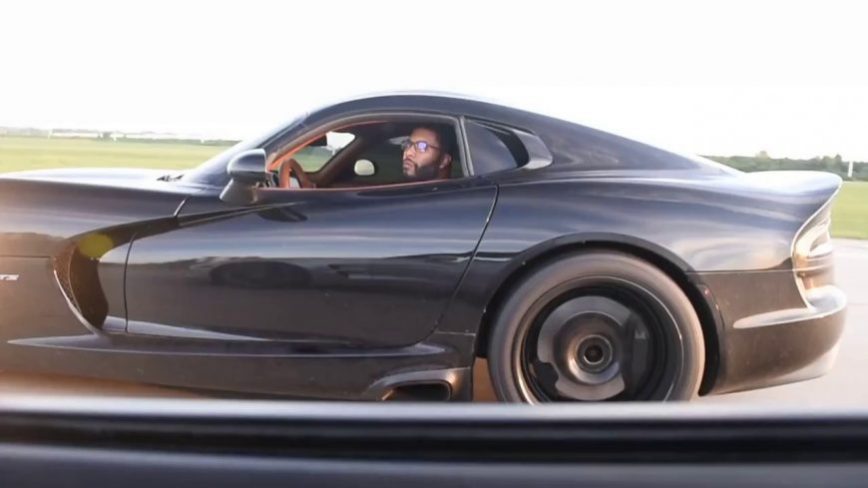