Jay Leno Surprises a Deserving Veteran… This WIll Give you Chills 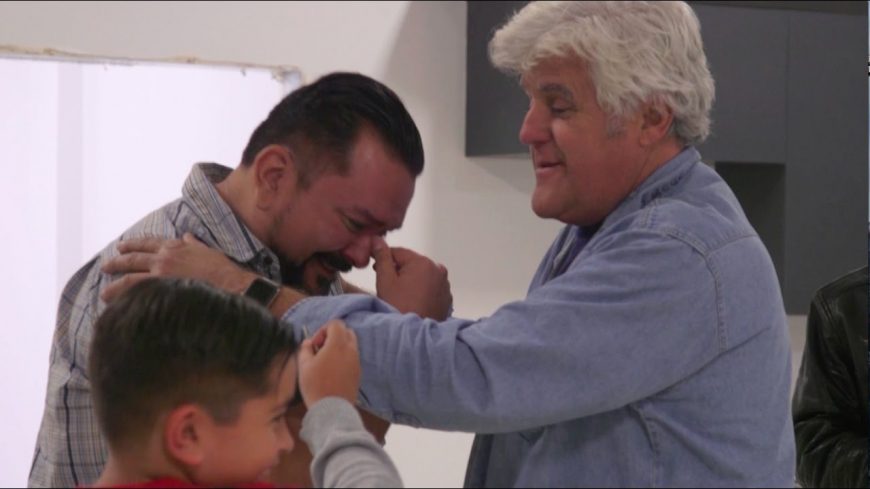 We have been huge Jay Leno fans for years now, since we learned of his intense passion for all things automotive.

We all just became even bigger fans after seeing the video below, where Jay himself worked with Russ Brown Motorcycle Attorneys, Veterans Charity Ride and the White Heart Foundation to present Richard Silva, a US Marine Corps Sergeant who was severely wounded while serving in Fallujah in 2004. Sgt. Silva – whose passion was riding motorcycles before he sustained his injuries – was invited to meet Jay, which is certainly a dream for many, and take a tour of his expansive garage. What Richard didn’t know was that there was a gift awaiting him and his family.

Leno and the WHITEHEART foundation teamed up with Russ Brown Motorcycle Attorneys and the Veterans Charity Ride to hand Sgt. Silva the keys to a brand new Can-Am Spyder. The Spyder will provide the full motorcycle experience while also keeping Sgt. Silva stable enough to ride without worry, allowing him to rejoin his brothers on cruises like he did in the past.

What an amazing gesture by this great group of individuals and organizations to recognize one of our true American heroes. We at Speed Society wish to thank Sgt. Richard Silva for his selfless service and sacrifice, as well as every member of our Armed Forces who have served and continue to do so. Without you, nothing we do would be possible!

« This Crosskart With a Motorcycle Engine is Straight Badass!