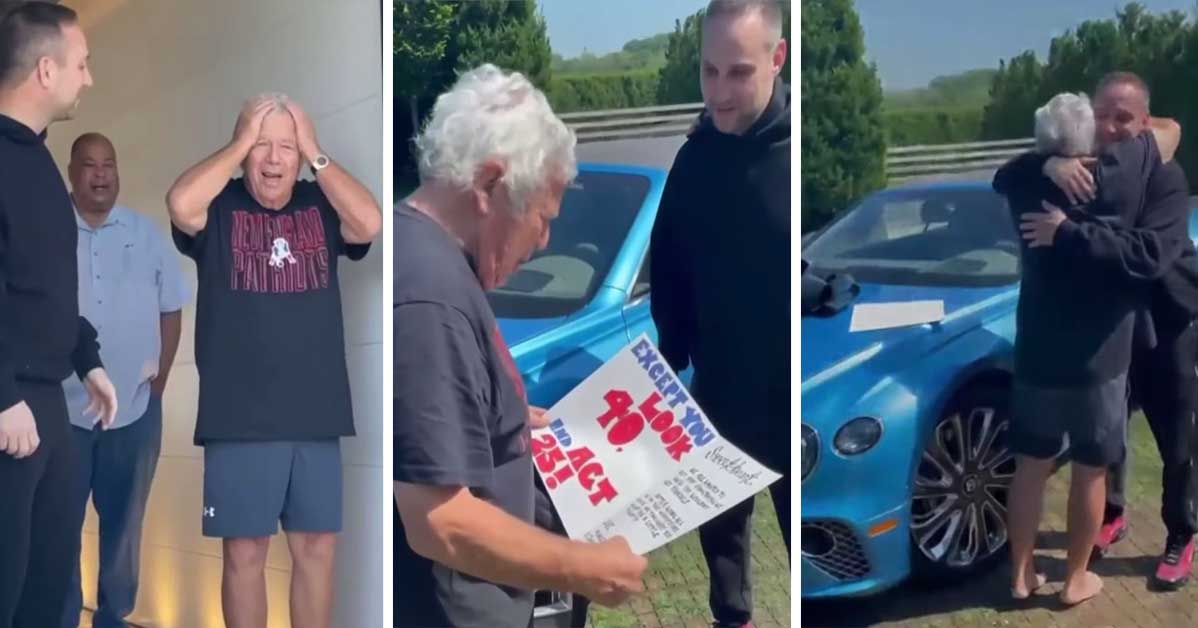 When it comes to birthdays, having rich friends has to be pretty nice. At the end of the day, usually, it’s wealthy folks hanging out with other wealthy folks when high-end gifts are received and they could likely buy the gift for themselves. However, I’m not sure that even someone as rich as New England Patriots owner, Robert Kraft, is going to turn down an exotic car that’s gifted to him.

This time, we check in as the Patriots owner turns 80 and received a pretty awesome toy in his driveway that seems to have been a complete surprise.

In the video, we watch as part-owner of the Philadelphia 76ers, Michael Rubin, introduces a brand new Bentley to Kraft to ring in his eighth decade on earth. Rubin tells Kraft that the gift was purchased by himself along with artists, Meek Mill and Jay-Z, among others.

Kraft’s initial response was “Are you kidding!?” before asking “How the fudge did you get it? we couldn’t get it.”

I’m not quite sure if there is a Bentley shortage going on as honestly, I haven’t been in the market myself recently. However, it seems as if this car that is some variation of the Bentley Continental convertible is something that Kraft has been searching for without much luck.

If the owner of one of the most powerful sports franchises in the world can’t get his hands on something like this, we would assume that there’s something incredibly special about the machine.

Perhaps even the ultra-wealthy are being impacted by all of the shortages that have been going around including those in the automotive community. For those who haven’t looked recently, used vehicle values have been skyrocketing recently.

By following along with the video below from TMZ, we get to check in with this special moment as Kraft seems to really appreciate the gift.