Jeep gets stuck atop makeshift ramp on border fence 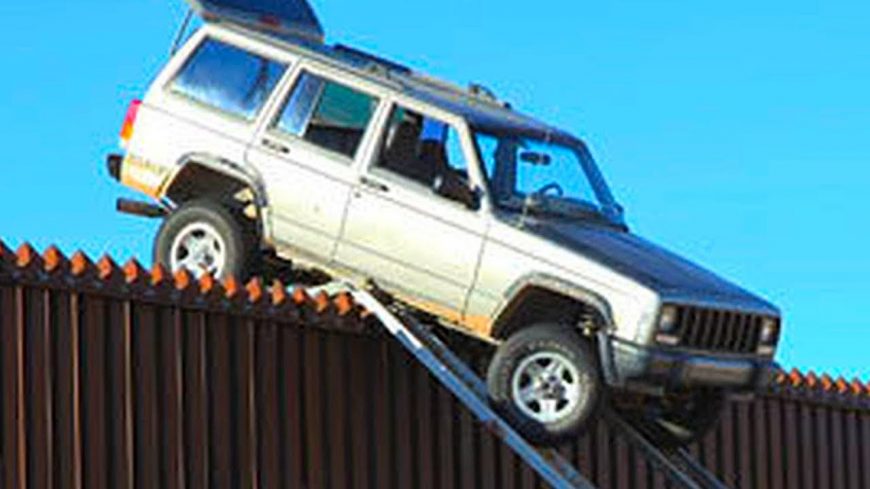 With billions upon billions of dollars being made every year in the drug smuggling business, many can’t help but want to get their hands on a part of the action, no matter how big the consequences of the highly illegal actions are.

While we can’t claim to be any sort of drug enforcement experts, we would imagine that the methods of getting drugs over the border between Mexico and United States get pretty wild at times.

This time, we check out a series of situations which are believed to have been blunders that were supposed to end up with drugs inside the borders of the United States, but instead ended up hilariously.

In the world that’s probably teeming with tragic stories of families being ripped apart and people killed, funny bits like this probably help the people on the scene to have a laugh in such a serious line of work.

Check out the video below that shows these failed attempts that will make you feel better about the last blunder that you made in life. These alleged smugglers really screwed up big time. Maybe these guys should look for new work.