Jeep Gets Stuck In A River, Saved By An Airboat!

Jeep Gets Stuck In A River, Saved By An Airboat!

With all of the off roading we see here at Speed Society, we have seen plenty of ...

With all of the off roading we see here at Speed Society, we have seen plenty of trucks and Jeeps get stuck, precariously mired in mud and muck and requiring help from other enthusiasts in their trucks to get un-stuck. This… this is something totally different, and we dig it!

Things start out with a familiar scene: a Jeep hopelessly stuck in mud and water up to the rocker panels. We assume the driver has done all he can and only succeeded in getting the Jeep stucker [yes, that was intentional], leaving him with no option but to call for assistance. This is where things take a rather unique turn.

Instead of calling a truck, or another Jeep, or a tractor or any other typical offroad vehicle typically used for rescuing stuck off roaders, these guys brought in an airboat. While it may not seem like the most logical choice at first, if you really think about it, it actually makes pretty good sense.

You see, an airboats don’t have to deal with mud or water or worry about getting stuck itself. They simply glide right across the top, and as long as there aren’t any trees, stumps or barely-submerged rocks to impede travel, they can quite literally go anywhere. And since they need only air for the giant fan to generate thrust, they don’t have to worry about what’s beneath the hull of the boat.

You can see, it takes a couple of tires, but it appears that is mostly about getting the Jeep pulled around to the right angle so the airboat can pull it all the way out of the muck. Once it’s oriented the right direction, the boat’s driver throws the coals to the engine and you can hear the engine at first before the fan’s intense wind noise drowns out pretty much anything else. However, just a few seconds later, the Jeep is making it’s way up the creek with help from the hero in the arboat. 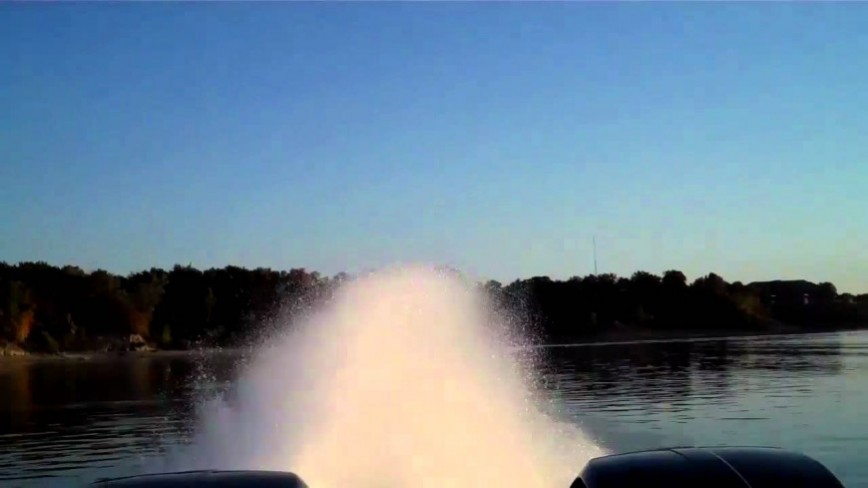