Jeep Takes a Brutal Tumble as it Falls Down Black Bear Pass, The Carnage is Downright Brutal 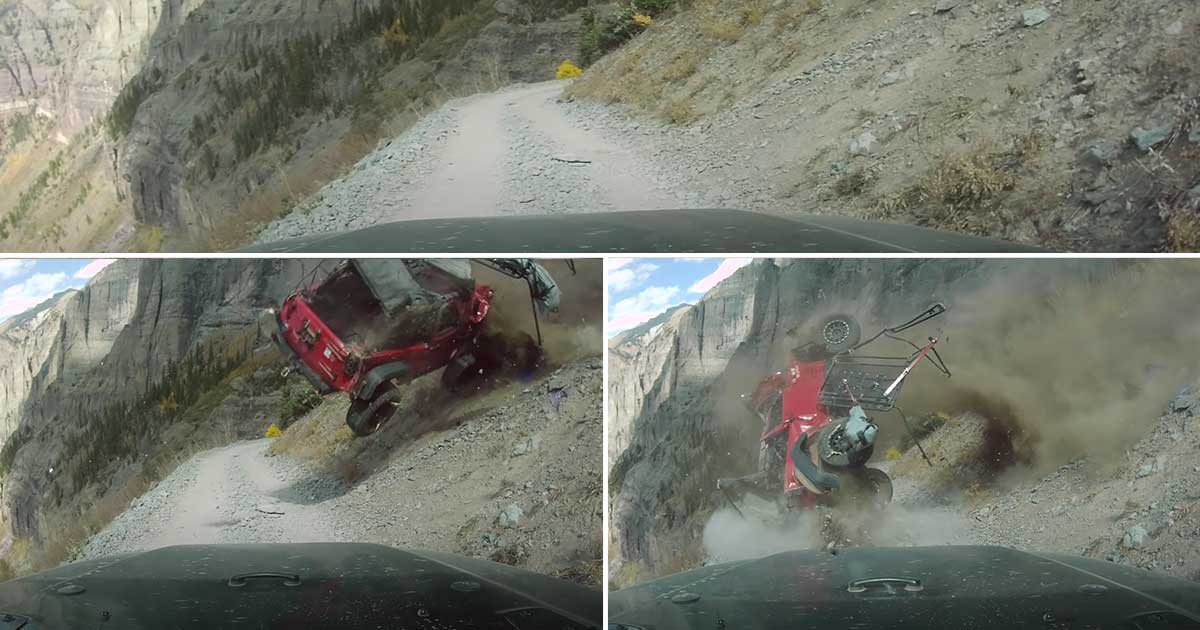 The trademark of Jeep is to be able to go anywhere. In fact, we might argue that the Jeep Wrangler is probably one of the best models to do this with. The lightweight and basic nature of the vehicles that are really built to go off-roading dictates that they can go places that most others can’t and survive a lot of abuse. Because they are lightweight, there isn’t as much stress on components which means that these things will last forever.

For the particular Jeep featured in a video that has gone viral over the past couple of days, it’s not necessarily going to last forever, unfortunately. Instead, a roll down a steep mountain would claim the vehicle sooner than the owner had expected.

The SUV was making its way down a trail at Black Bear Pass which has become a favorite of off-roading enthusiasts. The challenging terrain would apparently be too much for the vehicle as it would end up stumbling and sliding off of the side of the road.

In most crawling situations, this wouldn’t be that big of a deal. However, beneath the Jeep there was an incredibly steep fall, meaning that the Wrangler would tumble over and over again, smashing itself until it would eventually become a shell of what it once was. We’re not sure that many would be able to recognize it as a Wrangler after the fact.

The video posted about the incident that was said to have happened on October 10 doesn’t go into much description as to how exactly the tumble began.

The description does tell us, though, that there were two dogs and the owner of the Jeep in the vehicle. The owner would be ejected before the clip that was captured below. The dogs did end up falling with the jeep but both would end up being OK. The owner ended up being seriously injured but did manage to survive.