Back in the day, foreign cars really had the market in hand.Win this 2020 Matrix C8 ...

Back in the day, foreign cars really had the market in hand.

When people talked about foreign versus domestic, there would always seem to be a cloud over the domestic market. After all, American cars did go through a rather long period when automakers produced some junk. Let’s just call it what it is.

We’re not sure that they realized at the time how much of an impact this would have on the reputation of all American automakers. No matter what followed this period, it took them quite some time to ditch that bad rap. However, years later, it really seems like America has shaken this reputation for producing poorly made automobiles. Instead, it seems as if, these days, the lines between America and abroad are beginning to blur.

We get that not everybody has held this perspective. There are probably lots of folks who are completely happy with their American-made cars and trucks from over the years. As they say, though, perception is reality.

We aren’t quite sure if something like a Jeep Grand Cherokee Trackhawk is quite on the same level as a Lamborghini Urus in the eyes of the public. However, it’s a lot closer of a quality battle between Jeep and Lamborghini than it was just 10 years ago. Heck, we aren’t even sure that these two automakers would’ve been named in the same sentence just a decade ago.

This time, though, the machines are lining up against one another thanks to a little comparison from the folks over at Hennessey Performance.

In one corner, we have the Lamborghini Urus. The relatively new addition to the market boasts a twin turbo V8 and comes in with a price tag of $250,000. In the other corner, we have a vehicle that comes in at less than half of that price. At $100,000, the Trackhawk, featuring a supercharged v8, seems to pack a lot of bang for our buck, in comparison.

So, how are these two going to do in an all-out drag race? It’s time to find out just that. 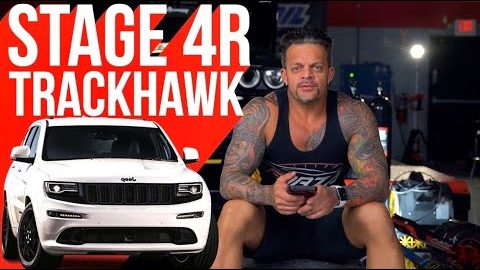