Jeff Lutz and Jr Finally Got the Body on the Chassis 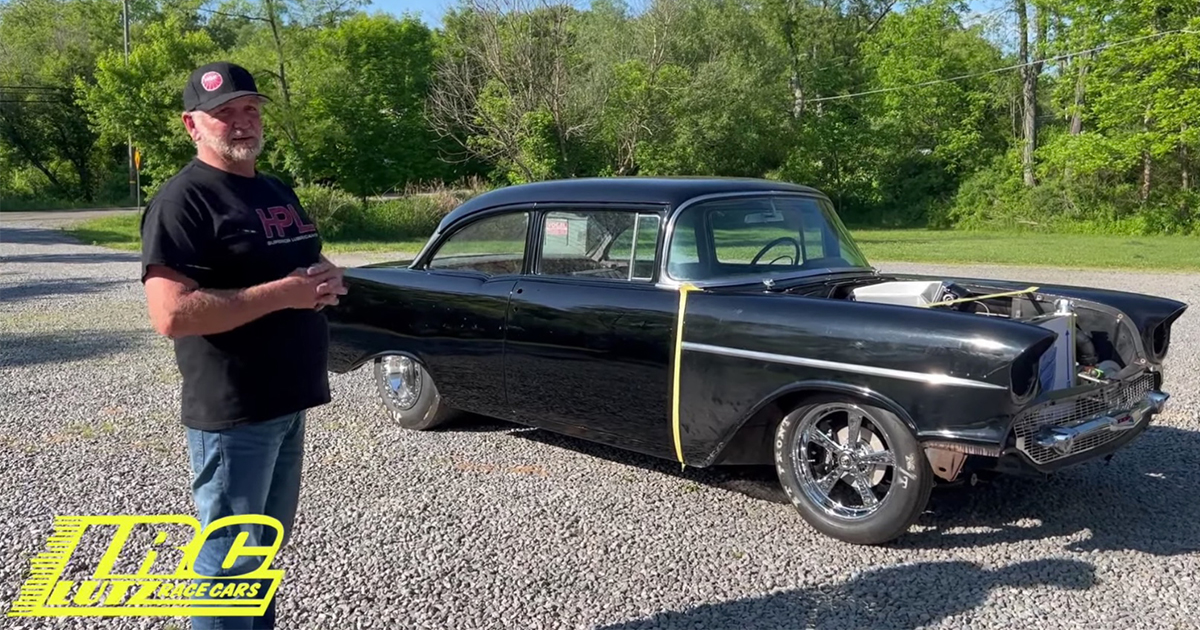 At one point or another, many automotive enthusiasts, get so inspired by one particular vehicle or another that we find a way to latch on to the model in question. Maybe it’s a movie car, magazine article, or just that neighbor with a really cool ride.

For drag racing icon, Jeff Lutz, I don’t think that it’s necessarily any secret that for him, this model is the ‘57 Chevrolet. He not only races these things on a regular basis but seems to have become one of the most popular ’57 Chevy aficionados out there.

Lutz seems to trace the roots back to when he was 12 years old and had a newspaper delivery route. According to him, he would see a ’57 Chevy for sale for $1500 and it would leave an impression forever. He told himself that one day, he would purchase that car and while that never happened, we could see how the ’57 Chevy would become a lifelong love affair for Lutz.

Many racing machines later, the man behind the 57s tells us that he has never actually driven an all-original ’57 Chevy until he bought his latest addition to the stable. In fact, he loves the model so much that he decided to make this particular example his daily driver.

In this video, we check in with the car that Lutz plans to spend the most time behind the wheel of. While the car is pretty clean-looking, Jeff has taken it upon himself to go ahead and strip it down, giving the machine a little bit of a facelift before he decides to put it on the street. With all of the amazing racing machines that Lutz has become known for, we can’t wait to see what he manages to come up with for this daily driver. We’re sure that this thing will be extra clean with a little bit of a Jeff Lutz twist.