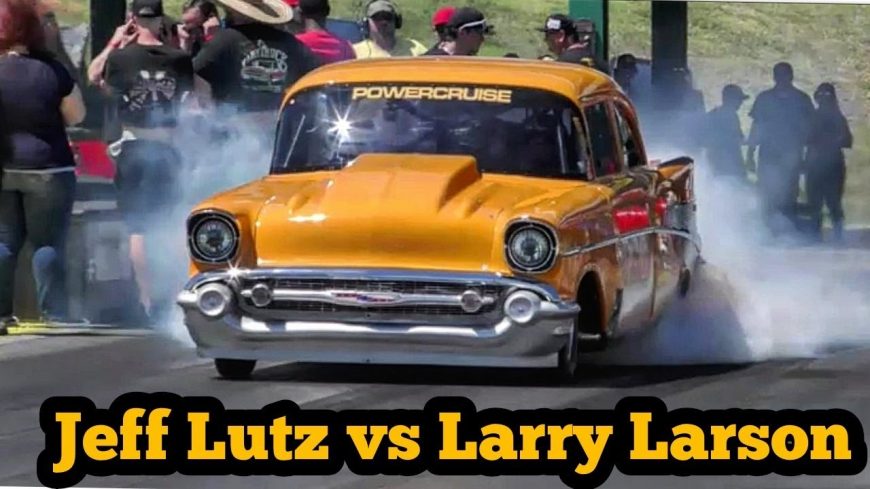 While we would love to believe that building a car with more power than the guy in the next lane guarantees that we’d win in a heads up race, the reality of the matter is drivers have to drive and if they don’t do their job and the guy in the other lane does, often horsepower doesn’t even matter.

When Drag Week icons Larry Larson and Jeff Lutz lined up at No Prep Kings in Topeka, Kansas, everybody on the property expected a killer race. When Lutz jumped all over Larson off the line, though, the race itself was somewhat anti-climactic, since it was over from the moment the green light dropped.

That’s not a knock on Larson, who we’ve all seen win plenty of rounds in just about every fashion imaginable. Sometimes you just have a brain fart and miss the tree, and I believe that’s what happened here. Lutz was obviously keyed in on the tree and ready for the green light while Larson, for any number of reasons, just wasn’t ready. That fact alone decided this race.

Sure, Lutz could have gotten crossed up or had a malfunction that allowed Larson to drive back around, that’s why Larson continued to pursue Lutz’s 57 Chevy after taking such a huge hit off the line, just in case things went south in the other lane. However, as you can see, both rides made pretty clean hits and Lutz took an easy win despite racing one of the quicker cars in the No Prep Kings lineup.

Next time these two line up, you can bet Larson will have revenge on his mind since his nemesis from the Drag Week world showed him up so bad this go ‘round. With that massive turbo doing work, Larson just needs to keep it a little closer on the starting line and he should be in a position to make it a much closer race for sure. Lutz, of course, didn’t earn his reputation as a driver by sitting back and giving races away, so don’t expect him to just roll over and let Larson steal one away without working for it.

« Jason-X VS Ghost! For All The Small Block Nitrous Bragging Rights