Jeff Lutz in MadMax vs Farmtruck in a Nasty Diesel Truck! 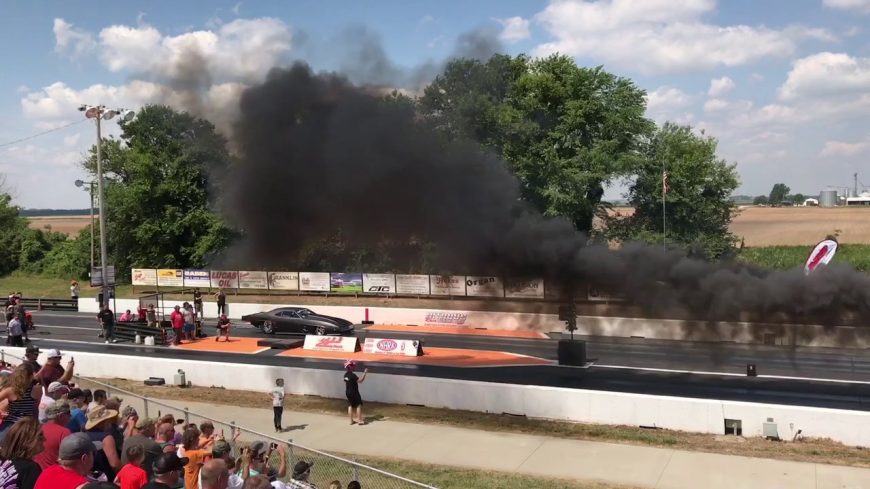 Jeff Lutz and his Mad Max Camaro have been laying low for the most part since he bolted on radials for the Outlaw Street Car Reunion in Memphis earlier this year. Recently Lutz pulled the swoopy Drag Week record holder out to line up and make a hit alongside fellow Street Outlaws star Farmtruck in the Wagler Competition Products diesel truck.

While the Wagler truck is certainly a badass ride that lays down some major horsepower and performance numbers, it’s no match for a purpose built drag car like Mad Max, so to even the odds a bit, Lutz gives up a sizable head start before he leaves the line. The diesel leaves a huge trail of black smoke as it launches hard and leaves Lutz waiting, reaching what looks to be the halftrack point before Jeff turns loose of the button in the Camaro to begin his pursuit.

The Camaro’s weight and power advantage are more than enough to close the gap quickly, but it looks like he may have waited just a bit too long, as the torquey pickup is well down track before Lutz even reaches the 60 foot mark. As the turbos spool and the tires fight for traction, the Camaro hurtles toward the Wagler diesel that is chugging mightily toward the finish line. At the stripe, the truck managed to hang on to the 3 plus second head start to take the win by about a car length from what we can tell in the video, giving Farmtruck the win over the matte black Camaro. I

Order your official farmtruck and azn gear by clicking on farmtruck!

t’s not too often Lutz’ Camaro takes a loss, and it took a massive head start for Farmtruck to get the win here. We have to wonder if Lutz will be looking for a rematch against the diesel in the future to settle the score with everybody favorite fishing companion.