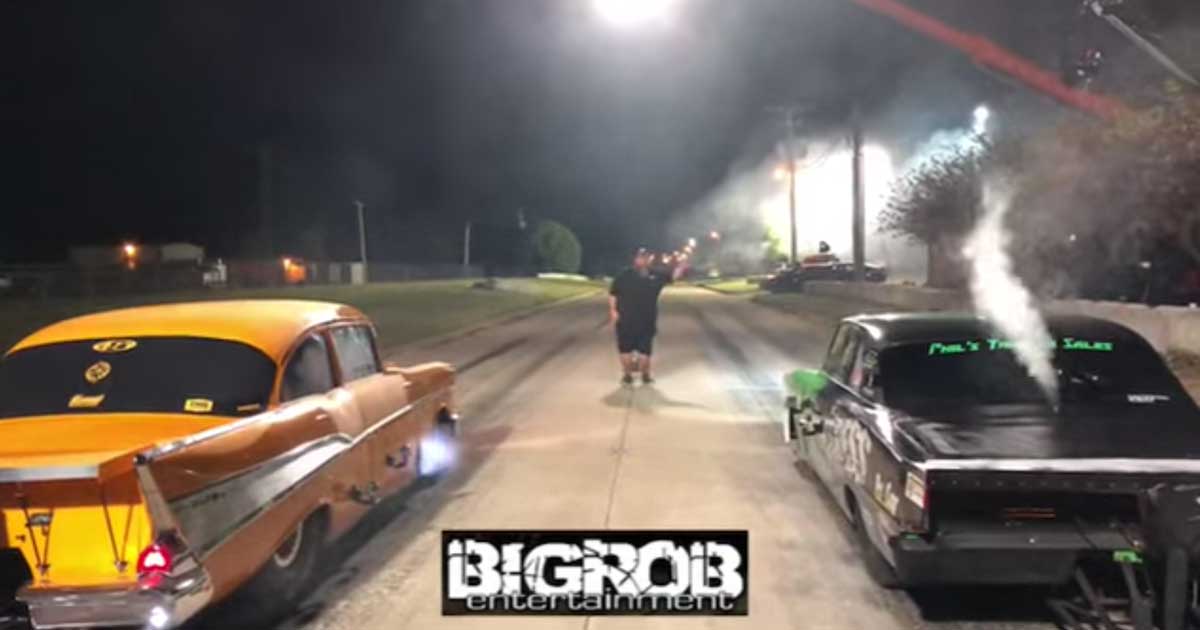 Sure, a racer can have a finely tuned machine that will be pretty consistent on the track. When it comes to racing on the streets, it’s a whole different ballgame. With a collection of different factors that could change the outcome, one really never knows what is going to happen out there. Even for the most skilled of competitors, the streets can be a hard beast to tame.

When racing on the streets, traction is almost always the number one factor in determining the outcome of a race. In fact, with cars like these, it’s the number one factor every time. Every race is a balance beam between too much and not enough power. Put more juice in the car and it might spin, letting a slower car walk by. Not going aggressive enough on the tune has its own set of drawbacks as well.

When it comes to the caliber of the guys racing on Street Outlaws, this guessing game is multiplied. If there’s someone who has their car figured out, it’s a person who street races for a living. This means that we’re seeing the best of the best square up and go for gold.

This time, we check out an interesting Battle as Jeff Lutz takes his 57 Chevy out to the streets to face off with the Mistress. Both cars are rather promising and this time, they’ll hit the great equalizer of the streets. *Spoiler Alert* Traction isn’t going to be friendly!

The race is on his both drivers do their burnouts and get ready for some insane competition. This one could really go either way depending on who has the better night.

Check out the BigRobEntertainment video below that takes us along for the ride to see who was able to pull out the victory in this high-intensity street racing situation.