Jeff Lutz Oils Down The Track – Racing On an Oily Surface

Jeff Lutz Oils Down The Track – Racing On an Oily Surface

If there is a single solitary thing that you do not want to have between your tires ...

If there is a single solitary thing that you do not want to have between your tires and the surface that you are racing on, that one thing that would be oil. It doesn’t take a genius to figure out that this combination could potentially prove to be rather deadly.

This time, however, Big Chief found himself in a little bit of testing session in which the entire right lane of the track was oiled down thanks to a little lapse in focus from Jeff Lutz who seemed to forget that he emptied out his catch can and forgot to remove the used oil container from his car.

When he took off, the oil inevitably spilled over and was smeared all the way down the racing surface rendering the lane pretty much useless. Now, Chief could just hop in the other lane and do a test pass but without any rubber on the surface to stick to, such a test pass will be pretty difficult to yield any positive results from in most cases. Luckily, the Crowmod and Big Chief combo isn’t “most cases.”

Instead of calling in a wrap, Chief quickly hopped in the other lane and without having much of a good surface at his disposal, had a go at it. You’d imagine that a situation like this would probably go pretty poorly but the result might just be something that surprises you. We’re just going to say that Chief has done his due diligence to make sure that this car works! Check out the results for yourself below. 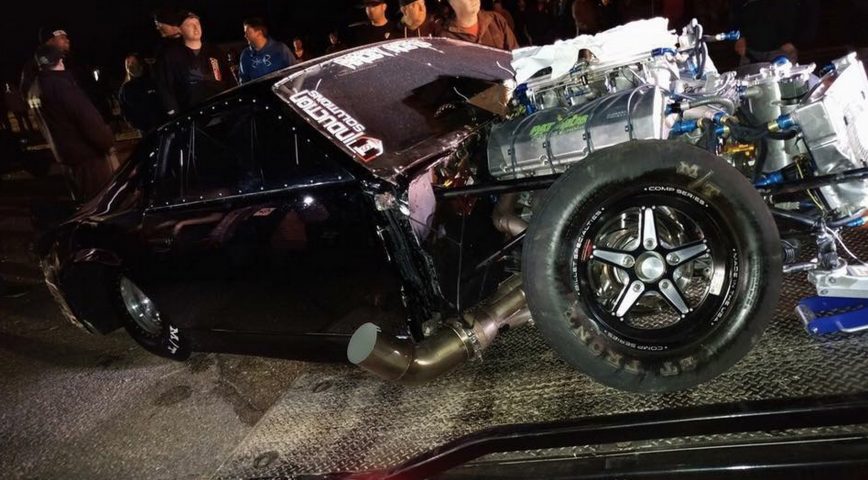