Drag Week legend and Street Outlaws alum Jeff Lutz may be known for laying down the ...

Drag Week legend and Street Outlaws alum Jeff Lutz may be known for laying down the quickest Drag Week average of all time, but when it comes to paying the bills, he actually builds cars for other racers and does a lot of fabrication work, both in and out of his Lutz Race Cars shop in Callery, PA. One big part of Lutz’ reputation is building custom headers, as well as repairing the headers of others at the track. Jeff sat down with Stainless Works to discuss how he got his start in the racing world, as well as teasing about his plans for Drag Week 2017.

As is the case for many of us, Jeff’s affinity for racing started with in the family. Lutz accompanied his brother to check out a Camaro he was thinking of buying, and when his brother let him jump behind the wheel, he was hooked on the intoxicating effects of horsepower. He picked up a Nova with intentions of turning it into his first race car, but family obligations dictated the sale of the Nova. A little while later, Jeff picked up an IROC style Camaro that would become his first race car. He even shares that his wife drove the Camaro on big tires with a ratchet shifter. Now she sounds like a keeper.

Jeff has made several appearances on Street Outlaws, even joining the most famed Top 10 list in all the land in his Mad Max Camaro. He talks about how he met Shawn and Big Chief the first time he ran 0 and formed a friendship that stands to this day.

There’s another project in the works that Jeff teases a little bit, but doesn’t really share any details, though we think we just might have some info coming soon on the new car for you guys! After that, Lutz gives us a little welding demonstration, showing us how he became one of the most well known fabricators in the northeast. We can’t wait to share what he’s been working on with you guys, you’re gonna love it!

Jeff Lutz in MadMax vs Farmtruck in a Nasty Diesel Truck! 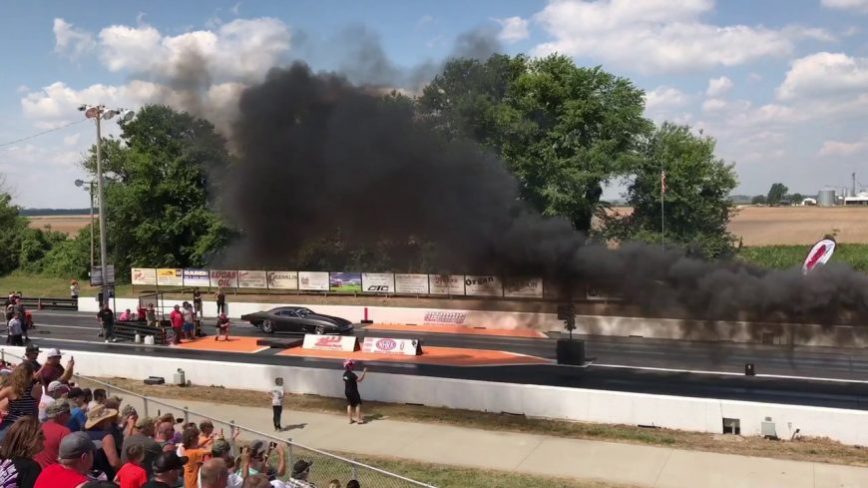