Jeff Lutz Sends Canadian Back North with Empty Pockets! (Behind The Scenes)

Jeff Lutz Sends Canadian Back North with Empty Pockets! (Behind The Scenes)

If you have any doubt as to Jeff Lutz’ legitimacy as a street racer, look no farther ...

If you have any doubt as to Jeff Lutz’ legitimacy as a street racer, look no farther than this video to squash those doubts once and for all.

Lutz, who made his name building street-driven cars that smashed records on the quarter mile during the famed Drag Week competition, has been a regular on Street Outlaws and finally made the commitment to set up shop in OKC and make a real effort to get, and stay, on the Top 10 list.

His new 1957 Chevy features a wicked twin-turbo big block that cranks out somewhere in the neighborhood of 4,000 horsepower and pushes the car to insane elapsed times in the quarter mile and to to a seemingly permanent spot on the list. Thanks to passes like this, it’s no real secret that the car is insanely quick regardless of the surface, and just one more reason why Lutz is the legend that he is.

Lined up with a formidable big block nitrous car from Canada known as the Blue Brute. Anytime you line up beside a car with big tires, a big block and a big shot of nitrous, you better bring your A-game and Lutz certainly did just that.

You can hear from the moment he bumps The 57 into the beams that the car is hopped up. I personally thought he was going to blow the tires off based on how angry the car sounded on the chip, but Lutz being the expert that he is knew exactly how much to throw at the street to make an insane pass without spinning the tires.

As soon as Chief hit the light, this one was over. With zero drama and not a sign of traction problems, the 57 blistered the Blue Brute, putting a gap on the Camaro that you could drive a freight train through. Keep and eye on this car, folks. You’re going to be seeing a lot of it on Monday nights! 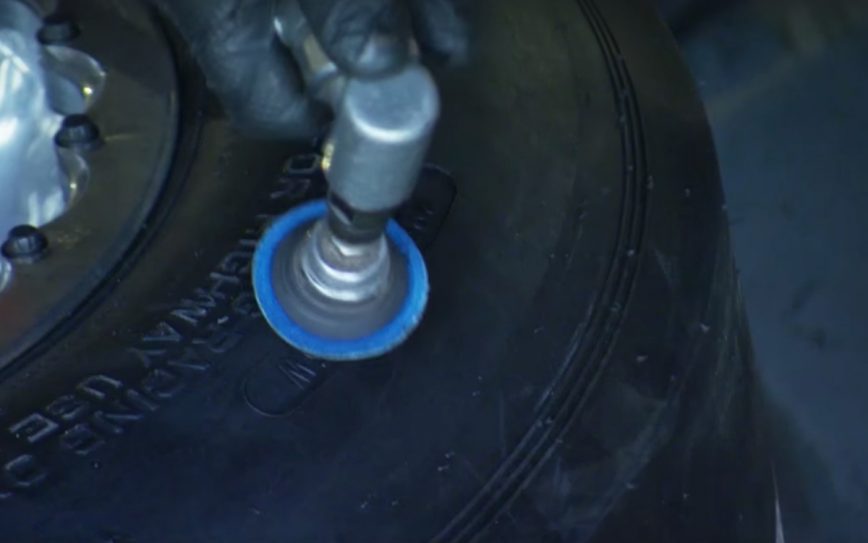