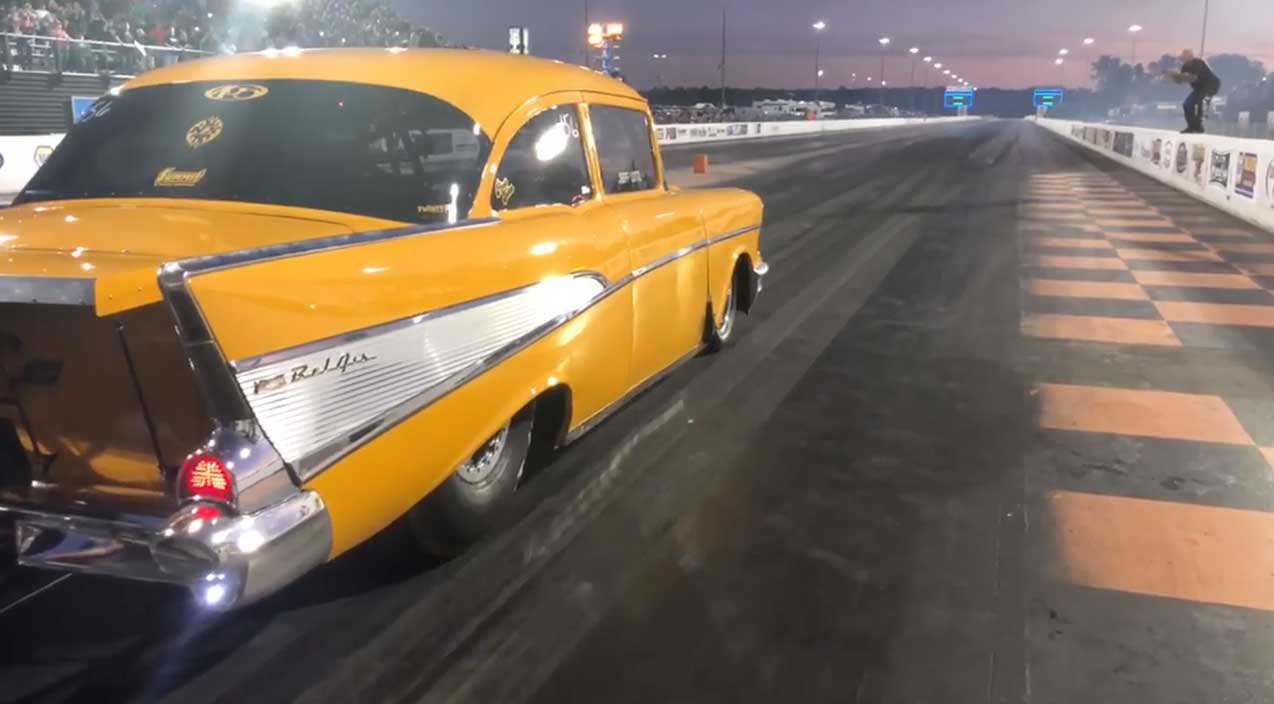 No Prep Kings, the Street Outlaws spinoff that shifted the focus to the track and away from the street, has quickly become one of the most popular shows on the Discovery Channel. Bringing many of the cars from the original Street Outlaws and the New Orleans and Memphis franchises and throwing them in the mix against some of the most feared and respected teams from the no prep world, there’s definitely a great collection of cars and drivers there to keep the fans coming back for more.

These two drivers come from a totally different background but has wasted almost no time in inserting themselves squarely into the mix in the world of no prep racing. Coming from the street-legal, street drivable, the long-haul enduring world of Hot Rod Magazine’s Drag Week, both Larry Larson and Jeff Lutz are literal legends in the drag racing community. There just aren’t too many people out there that can build a car to run insanely quick numbers on the track and then drive hundreds of miles on public highways to reach another track, where they lay it down again.

Lutz and Larson have called upon their combined decades of skill to switch both their rides over to no-prep use and to be completely honest, both have enjoyed solid success, despite going head to head with teams who have been doing this no prep thing for far longer. When No Prep Kings rolled into the beautiful new GALOT Motorsports Park in North Carolina, the veterans found themselves lined up side by side in the final round, and in true Lutz and Larson fashion, they put on a hell of a show.

Despite being glued together for the full 1/8th mile, Lutz’ gorgeous 1957 Chevy just managed to pull ahead of Larson’s wicked S10 pickup. Only when the win light popped in Lutz’ side were those watching on the line sure who had taken then win, a sure sign of a good drag race.

« Daddy Dave Uses The Drivermod Feature On This One!