Since pretty much forever, the supercar market has been rather dominated by countries ...

Since pretty much forever, the supercar market has been rather dominated by countries abroad. Sure, people have tried to throw the Chevrolet Corvette into the supercar debate and for all intents and purposes, on a performance plane, it might provide a good bang for your buck. It seems like kind of a stretch, though, to try and compare something like a Corvette to a Lamborghini or Ferrari.

However, when the Ford GT was introduced to the marketplace, it really made a lot of heads turn. In fact, the model might just be the best example of a supercar that America has to offer. With that, you can bet your bottom dollar that this monster was put under the microscope to see just how it could compare.

Now, when it comes to being able to compare cars in this category to one another, there is only one person that we can think of as the top dog in automotive journalism. Of course, we think that Jeremy Clarkson is pretty much the unanimous favorite here so it’s only fitting that he gives us his opinion on this beast of a car.

When the GT originally came out, it definitely made waves. Folks were kind of shocked that there would be no V8 option. However, looking beyond that, the GT certainly has a smorgasbord of features and engineering marvels on board that need to be seen and experienced to be believed.

Down in the video below, we check out a segment of the grand tour in which Clarkson takes on the Ford GT to see if it’s up to the task of being one of the top dogs. Will this American creation end up sitting among the best that Europe has to offer when the dust settles? If we ask Clarkson, it seems like the GT certainly has a strong shot at doing just that. 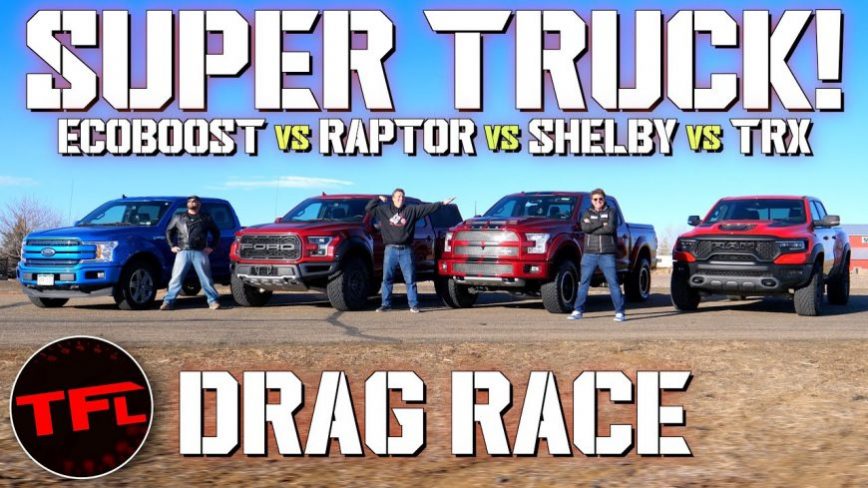