Jesse James Talks About The Moment That Was His Big Break.

Jesse James Talks About The Moment That Was His Big Break.

Until the moment that somebody truly breaks out and makes a name for themselves, ...

Until the moment that somebody truly breaks out and makes a name for themselves, everybody is just another average person trying to find their way in this world, maybe with a unique idea or two that can help to push them along. With some of the biggest names in the business, you might really be led to wonder how exactly it is they’ve figured out a way to take their idea and mold it into something that becomes larger than life itself. It’s hard to imagine some celebrities as being just another normal person but that’s the way that it used to be for most. So, how could a name like Jesse James take an occupation like building motorcycles and make himself one of the largest personalities that Hollywood had to offer at the peak of his fame?

Well, long story short, it definitely hasn’t been an easy path and James, admittedly so, has probably made a couple of steps that he doesn’t exactly remember all that fondly and maybe wishes that he could have a do-over with, however, he’s able to pinpoint a couple of moments that took him from your average motorcycle builder to someone that’s recognizable in just about any household in America. That’s definitely quite a change and while might have been one that was certainly built up to as his character evolved over time, the exact move where it would all change for the better seemed to be a sort of pivot that happened overnight.

If you follow along down in the video below, you’ll get James’s very own rendition on how exactly these moments happened and led up to the man that we know today. While Jesse has since found his way from the limelight and has settled down a little bit, once upon a time, he was one of the biggest outlaws that the celebrity scene had to offer as he seemed to do what he wanted when he wanted. 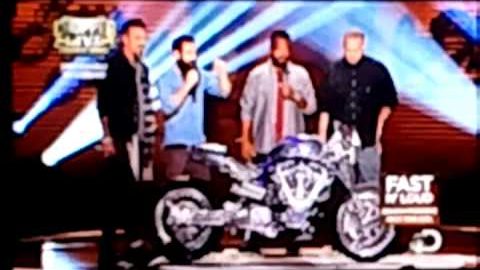