You can love his bikes or hate them, heck, you could even love or hate the guy ...

You can love his bikes or hate them, heck, you could even love or hate the guy himself, however, if there’s one thing to be argued about Jesse James, it would be that the man definitely knows how to talk smack and this time, we catch him in his natural element, doing what many would probably say that he does best as he rubs elbows with the guys over at American Chopper in this little throwback that has Jesse giving us all of the details about his dream where he went on a little fishing trip with Paul Senior and ended up having the police somehow get involved.

I don’t know why, but this seems like only a dream that a guy like Jesse James could possibly have and the breakdown of the dream seems even more like him as he continues to tell us that taking the fish, as prevented by the police, somehow relates to his opposition “taking illegal money” by what James says is ripping off their customers because, he thinks that they’re essentially not really doing too much to constitute a custom bike but selling bikes as custom, anyway. This was certainly a fun point in time to watch reality television and we think that watching this rivalry over and over again will never get old.

Check out the video below that dives into Jesse’s head as he gives us the scoop on this dream sequence that will probably have you laughing out loud. There are some individuals whose personalities you just can’t replicate and I think that a lot of people will tend to agree that Jesse is one of those people who is just one-of-a-kind and as fans of both sides of the issue, we can’t say that we would ask for anything else from him. 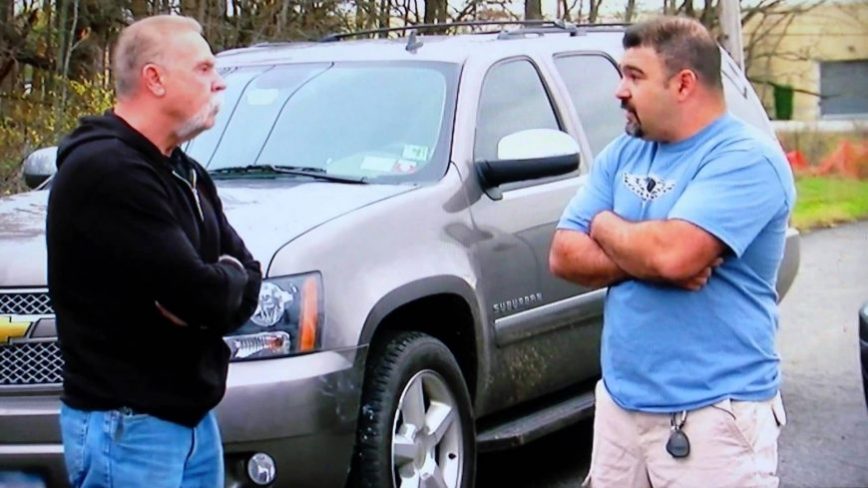