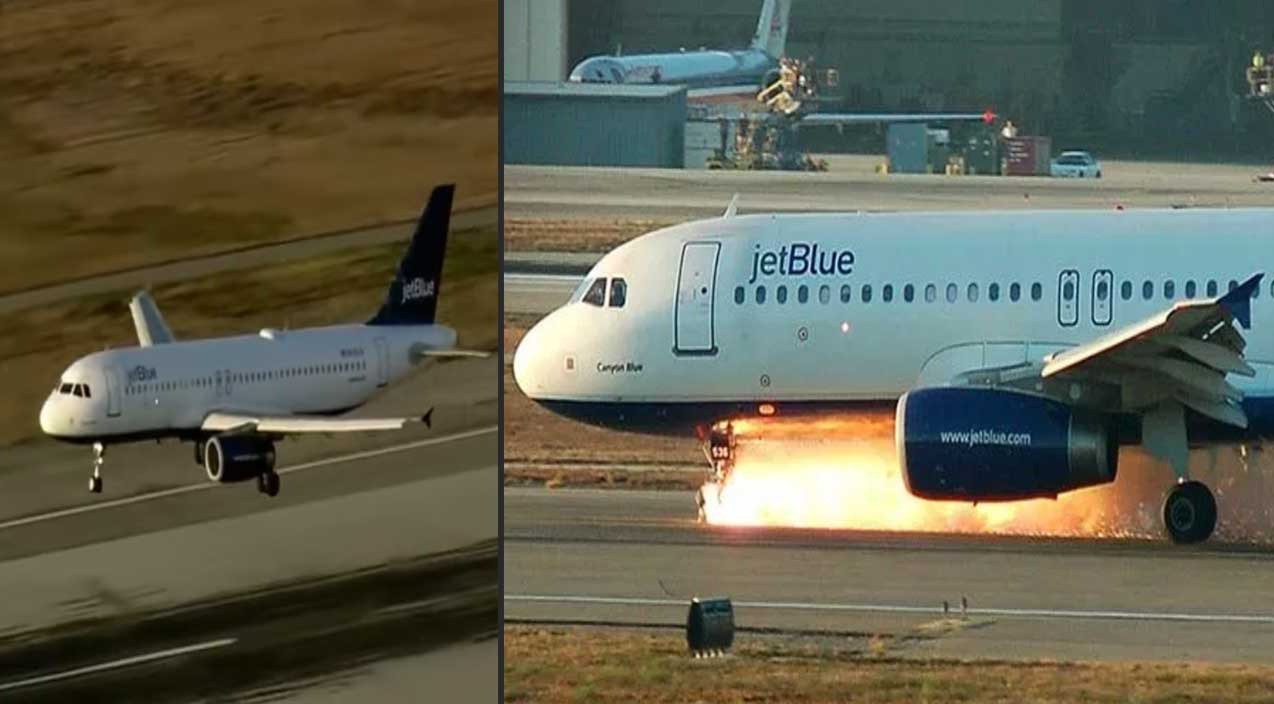 We’re certainly no experts but we’d think that within the course of a flight, the pilot on a commercial airliner has a lot to think about. Even the most casual observer knows that it’s not as simple as steering the plane in the right direction. In addition to considering weather conditions and what’s going on down on the ground, perhaps an emergency situation could come up every once in a while. That’s exactly what we saw with a Jet Blue flight where things got intense in a hurry.

In such a situation, there’s really no backing out. No pilot ever wants to be wrapped up in a tight spot, however, once the plane is in the air, it’s not exactly like they have the opportunity to bail out of making hard decisions. In this one, we join in with a Jet Blue pilot who has to figure out how exactly he’s going to bring an airplane down without proper landing gear. The landing gear decided that it would come down. However, once down, the wheel would not align itself with the momentum of the plane. Therefore, lots of friction was in store for this landing. It’s not hard to see how that could be a challenge.

The sequence ends up being quite the sight. We watch in awe as the pilot has to pull off a complex maneuver in order to make everything go as smoothly as possible, given the situation. With the front wheel stuck sideways, it’s not like he or she could exactly choose to touch straight down. Instead, the idea behind this sort of descent is to slow that plane down as much as possible without having it fall out of the air. Meanwhile, the pilot has to attempt to keep the front wheel up in the air for as long as possible before setting it down and coming to a stop. It basically looks like the plane is doing a wheelie.

Watching all of this unfold is certainly a sort of poetry in motion. As one would expect, emergency crews were on hand to help out should anybody suffer any ill effects during the landing. However, it would not appear as if anybody onboard ended up getting injured.

« How To Get Banned For Life From Test Driving BMWs