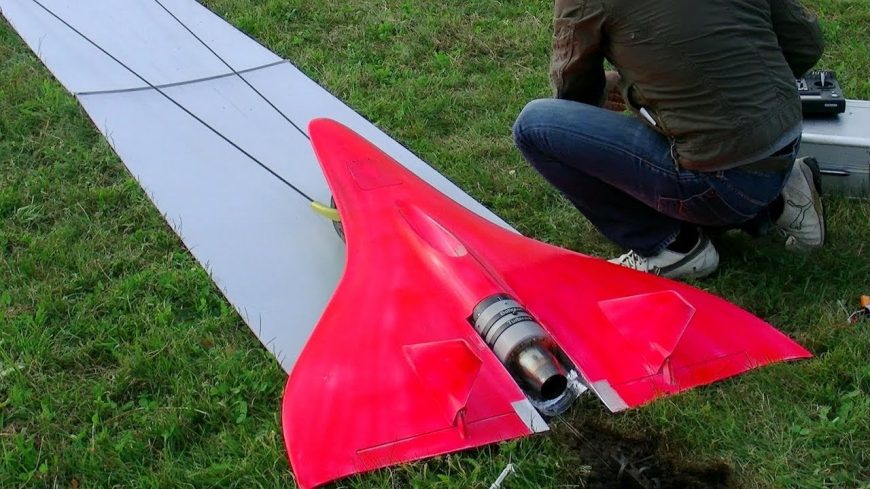 If you haven’t been tuned in and paying attention to the world of remote control vehicles, there’s a good chance that, with how fast things are going, that they might have passed you by, pun very much intended. When hobbyists begin to really dig down deep into this corner and apply their very own special touch to it, you never know what’s going to come out on the other side. When push comes to shove people really begin to tune their setups in, eventually, these things have landed in a place where they are able to crack home speeds that are nothing short of astonishing and will definitely make you drop your jaw in amazement.

The other day, we showcased one of the fastest remote control boats out of the Middle East and this time, we take a trip from the sea to the sky as week check out anoter record-setter that finds its path up above. As of August of 2017, this 451 mph fighter jet was able to claim the title of the fastest RC turbine model jet in the world. At such an insane rate of speed, we have absolutely no problem believing something like that, either.

If you follow along down in the video below, you get a small sample of what exactly this jet is able to show us as it absolutely rips by the spectators holding the camera as the operator here is definitely flexing the muscles on this machine. Standing next to this thing as it zips by has to be an absolute adrenaline rush because you know that if it goes a little bit off course and ends up hitting something or somebody, this isn’t going to be pretty! There’s just a certain mystique about being that close to a machine with that much power that really makes you wonder how deep the record can be pushed.